Lightweight Thiago Moises Reacts With UFC.com After His Submission Victory Over Christos Giagos At UFC Fight Night: Tsarukyan vs Gamrot On June 25, 2022

Lightweight Thiago Moises Reacts With Michael Bisping After His Submission Victory Over Christos Giagos At UFC Fight Night: Tsarukyan vs Gamrot On June 25, 2022 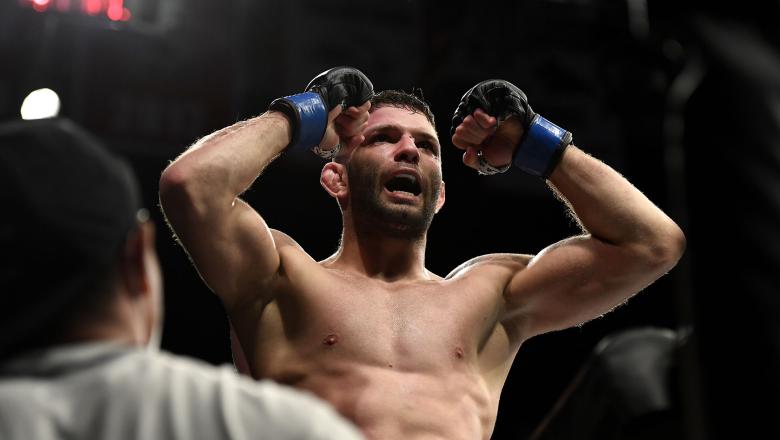 Thiago Moises Out To Prove Where He Belongs

At UFC Fight Night: Tsarukyan vs Gamrot, Moises Is Out To Prove That He’s A New-And-Improved Version Of Himself As He Looks To Get Back In The Win Column Against Christos Giagos 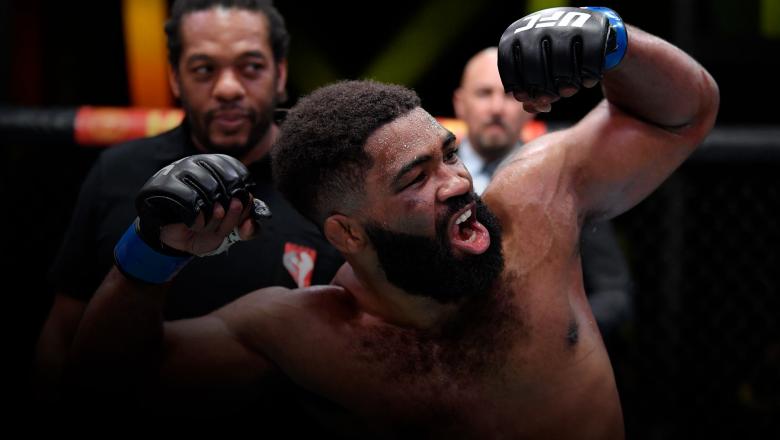 Make Sure You Know Which Fighters Are On The Rise Heading Into UFC Fight Night: Tsarukyan vs Gamrot

Saturday's Card Is Filled With Lethal Finishers. Here Is Some Of Their Finest Work. Tune In At A Special Time: 1pm/10am ETPT 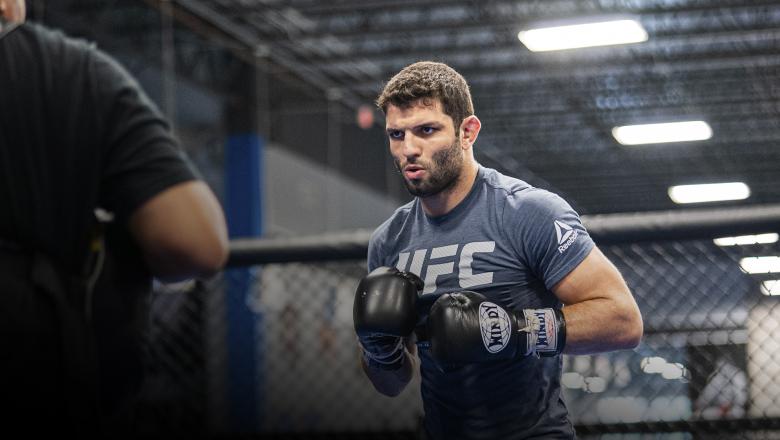 Just Days Away From His First UFC Main Event, Lightweight Thiago Moises Discusses Why He's Excited For The Challenges That Come With Fighting Islam Makhachev.

Saturday's Card Is Packed With Finish Artists. Here Is Some Of Their Greatest Hits. Prelims Get Underway Saturday At 7pm/4pm ETPT On ESPN or ESPN+ 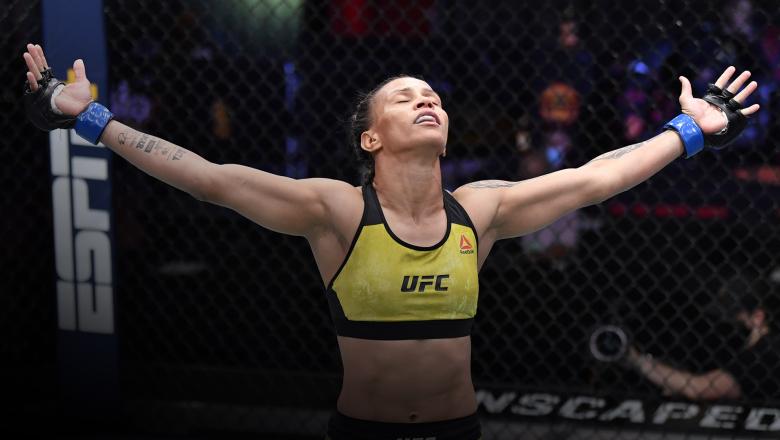 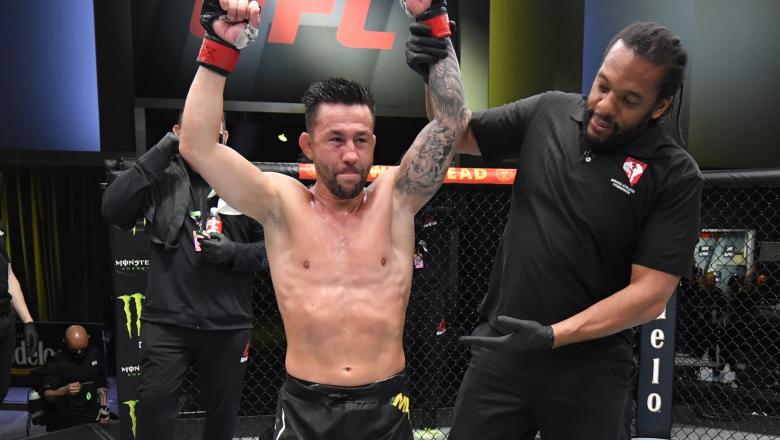 Saturday’s UFC Vegas 20 event is in the books, and now it’s time to go to the scorecard to see who the big winners were at the UFC APEX. 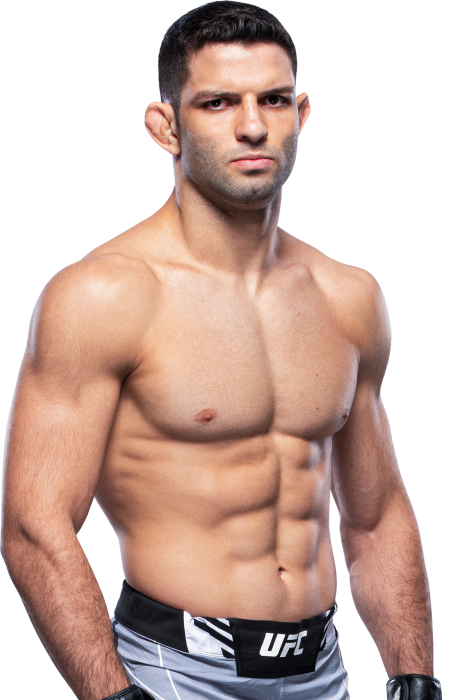 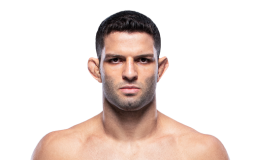 CONTENDER SERIES BRAZIL
Episode three (8/11/18) Moises stopped Gleidson Cutis via strikes at 4:21 of the first round

When and why did you start training for fighting? I began to train when I was eight years old with my father, who is here with me today. He was a professional MMA fighter and I always went to the gym with him. I began with the BJJ and I never stopped.
What ranks and titles have you held? RFA former champion, IBJJF golden medal, nominated for the MMA Awards with my helicopter armbar submission, black belt in BJJ
What does it mean for you to fight in the UFC? A dream come true. Everything I’ve done since I was six years old, every training session, everything that I had to sacrifice is to be the UFC lightweight champion and be in the Hall of Fame of the UFC. And I will create a social project to help kids and teenagers through sports.
Favorite grappling technique: Armlock
Favorite Striking technique: Kicks 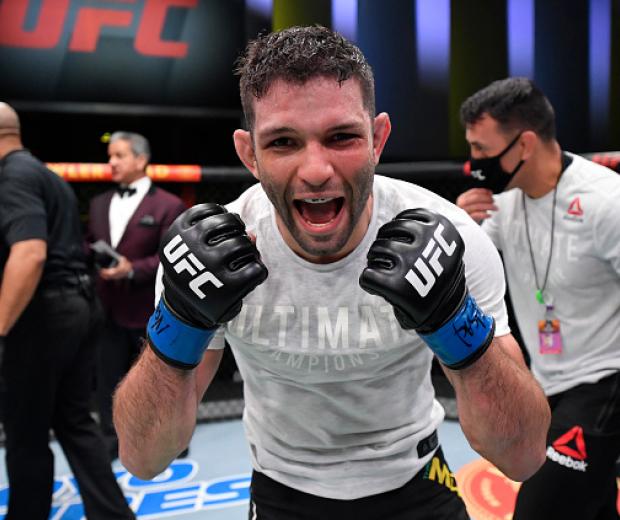 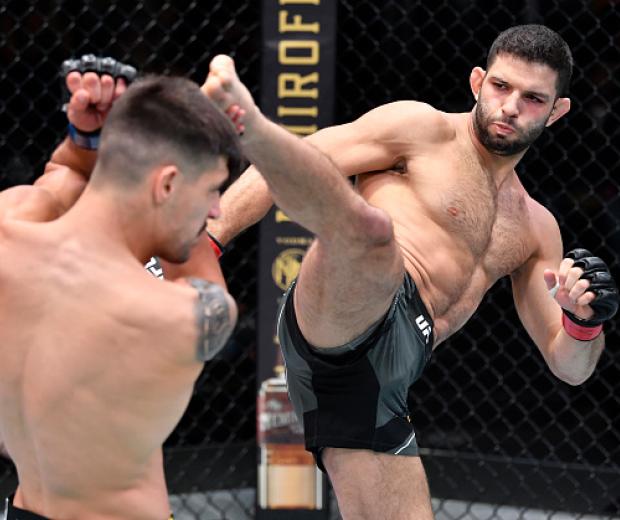