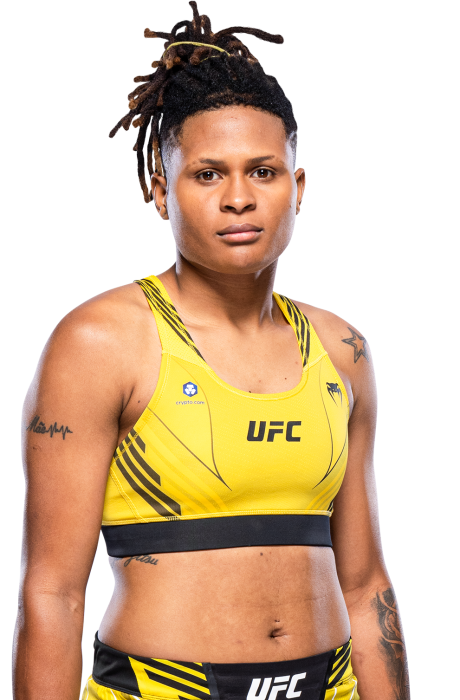 Tamires Vidal Gets A TKO Victory In Her UFC Debut | UFC FIght Night: Rodriguez vs Lemos

Tamires Vidal Achieved Her Dream, Wants To Inspire Others

When and why did you start training for fighting? I started at 18 years old because I was a big fan of the UFC.

Do you have any heroes? Charles Oliveira

What does it mean for you to fight in the UFC? It's a dream coming true. I started training because I enjoyed watching the UFC and now I am here. I hope I can inspire other girls who also like the UFC that this is a possible dream for them, too.

What was your job before you started fighting? I started as a construction worker and then I played soccer.