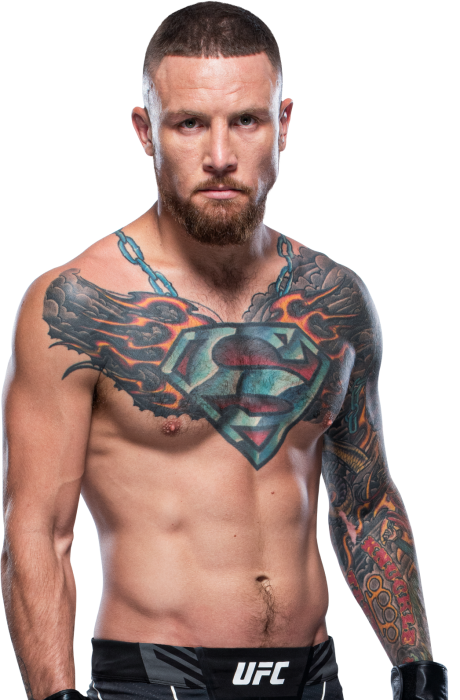 The Best Spinning Back Fist Knockouts

TRAINING: I've been grinding day in and day out. All I do is train, teach, rest and train some more.
When and why did you start training for fighting? I started fighting in 2007 in McKinney, Texas.
What ranks and titles have you held? Ranked #1 in Texas and the southwest.  Loanstar Beatdown 145 title, Fight to Win 145 title, XKO 135 title and Legacy 135 title.
Do you have any heroes? My Dad is my hero. He showed me how to work hard and gave me morals.
What does it mean for you to fight in the UFC? Becoming a UFC fighter has been my goal since I started MMA. Once I finally make it, I will be proud to represent the company knowing that I put in the work and it's finally paying off.
What was your job before you started fighting? I set up bounce houses
Ranks in any martial arts styles: Brown belt in BJJ, green white band in Muay Thai
Favorite grappling technique: Armbar
Favorite Striking technique: Face punch