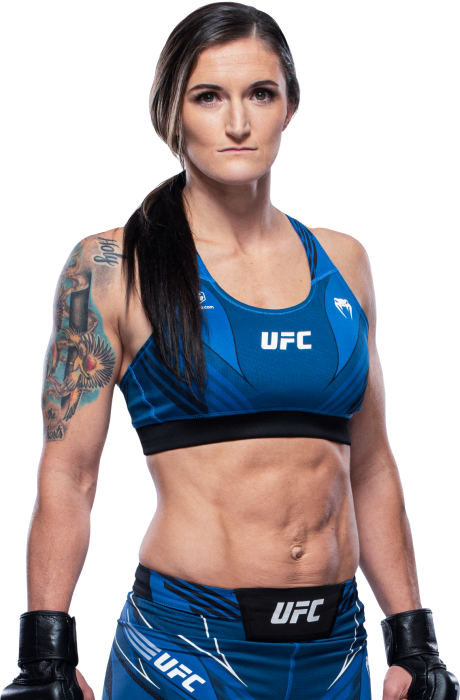 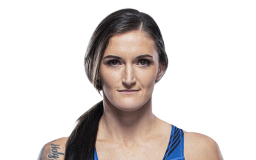 Dana White's Contender Series, Season 3
Episode eight (8/13/19) Young was submitted by Sarah Alpar via rear-naked choke at 2:55 of the second round

When and why did you start training for fighting?  I took karate as a kid and later wrestled in high school.  The two came together for me as MMA was gaining popularity and I took my first fight in 2007 at the age of 16.
What ranks and titles have you held? BJJ blue belt, karate black belt, King of the Cage bantamweight champ
Do you have any heroes? My family, my teammates and coaches - all the people who have been a part of my journey and assisted me in any way.
What does it mean for you to fight in the UFC? The culmination of a lifetime of goals…
Did you go to college and if so what degree did you earn? Yes, I went to King College and wrestled on their first ever all-women’s wrestling team.  Later when I found an MMA gym, I transferred to East Tennessee State University and graduated with my Bachelor’s degree in exercise science.
What was your job before you started fighting? I have always held jobs to supplement my training.  I worked nights as a CNA for several years, then after I graduated from college I held a few jobs as a tech in physical therapy clinics and as a personal trainer.  I even had a brief spell in construction.
Favorite grappling technique: Triangle
Favorite striking technique: All of them