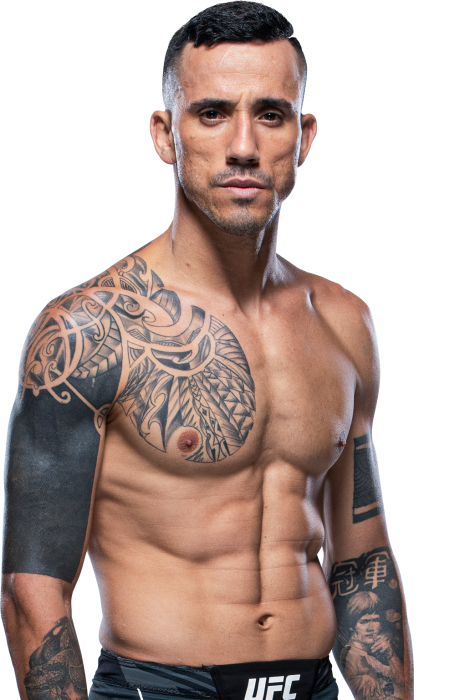 When and why did you start training for fighting? At the age of 14, because I wanted to be a bad ass.
What titles have you held? Aspera FC champion
Do you have any heroes? Jesus Christ
What would it mean for you to fight in the UFC? It means everything. That’s what I have been dreaming about my entire life since I started fighting.
Did you go to college and if so what degree did you earn? No
What was your job before you started fighting? I worked as a butcher.
Specific accomplishments in amateur competition? Several Muay Thai titles
Ranks in any martial arts styles: I am a Muay Thai master
Favorite grappling technique: All chokes
Favorite Striking technique: Elbow