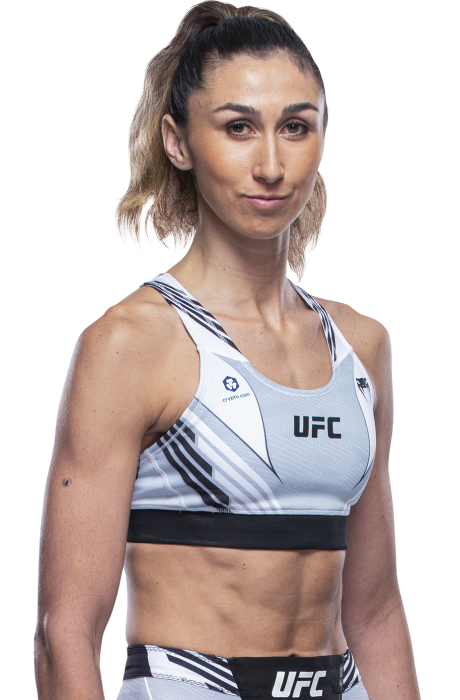 Sabina Mazo Is Ready For A Step Up

Fighters On The Rise, Sept 12 Edition

Mazo's Debut Loss Opened Her Eyes To Her Potential

When and why did you start training for fighting? I turned pro in 2015 and have been training for years.
What ranks and titles have you held? LFA flyweight champion, Jiu-Jitsu state (Colombia) champion, 3x state champion in boxing (Colombia), 3rd place in Muay Thai worlds (IFMA)
Do you have any heroes? My parents
What does it mean for you to fight in the UFC? It feels great, feels like home and it makes me happy that I can build my way to the top in the best show in the world.
Did you go to college and if so what degree did you earn? I am still in college. I will major in nutrition/biology.
What was your job before you started fighting? Fighting is my first job.
Ranks in any martial arts styles: Brown belt, two stripes, in Brazilian jiu-jitsu, dark blue in Muay Thai
Favorite grappling technique: Chokes
Favorite Striking technique: Knees