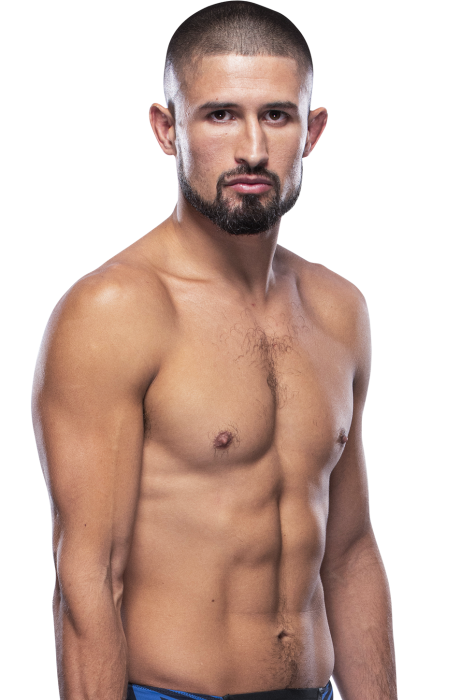 Fighters You Should Know | UFC 271: Adesanya vs Whittaker 2

Ronnie Lawrence: Settled In And Ready To Show Out

When and why did you start training for fighting? I started training at the age of 17 when I was lifting weights at a gym that had Kung Fu in the back room. One of the fighters walked in with his girlfriend; I had some buddies with me and one of my friends decided to hit on his girlfriend to make him angry. We got in an altercation and got thrown out of the gym shortly after that. The instructor pulled me aside a few days later asked me why I was causing problems. He asked me to join the class. So I joined class that night. He threw down some gloves and told me to put them on. I put them on, sparred a few guys and he told me to come back the next night and it’s history after that.
What ranks and titles have you held? I am a black sash and gray dragon in white tiger kung fu. I am a brown belt in jiu-jitsu. I held the ISKA TN state title, ISKA regional southeastern title, V3, and Valor/3FC titles as an amateur, also the Valor title as a professional.
What does it mean for you to fight in the UFC? Fighting in the UFC means all the hard work over the last 10 years was worth it and it will be life changing.
Favorite grappling technique: Head and arm choke
Favorite Striking technique: Spinning back kick 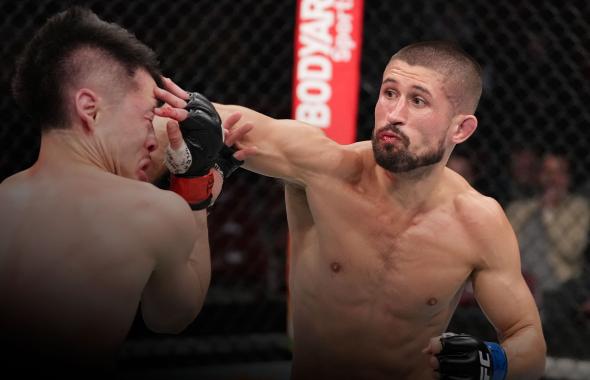