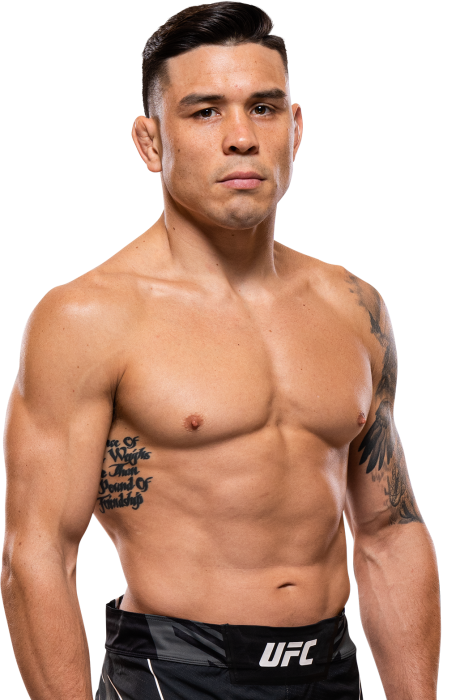 Ricky Simon Knocks Out Assuncao In The First Round | UFC Fight Night: Lewis vs Daukaus

Q&A
When and why did you start training for fighting? I started training nine years ago. I grew up watching the UFC and always wanted to try my hand at it.
What ranks and titles have you held? Five-time amateur champ. Two-time state placer. 2013 WIAA state champ (open division). Titan FC bantamweight title challenger.
Do you have any heroes? My dad. That’s who I get my work ethic from.
What does it mean for you to fight in the UFC? It would be a dream come true. I visualize getting signed and getting to share that accomplishment with all of my loved ones.
Did you go to college and if so what degree did you earn? I attended about a year and a half of college. My cumulative GPA is a 3.8. I have aspirations of continuing my schooling once I get signed. I would like to become an athletic trainer one day.
What was your job before you started fighting? Wrestling coach
Specific accomplishments in amateur competition? Five-time champ in three different weight classes (155,145,135). 1-0 in kickboxing and 1-0 in boxing.
Specific accomplishments in pro competition? Win over UFC vet Alex Soto and fighting for the Titan FC belt on UFC FIGHT PASS.
Ranks in any martial arts styles: Black belt in BJJ 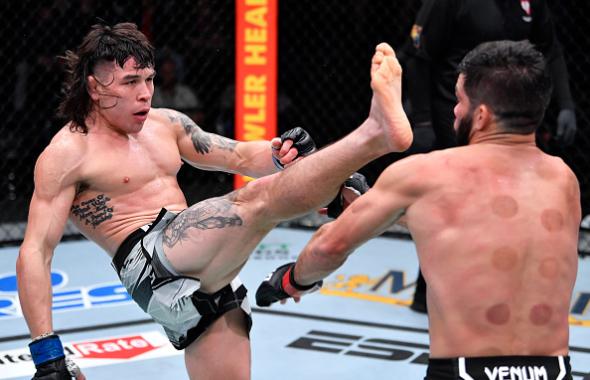