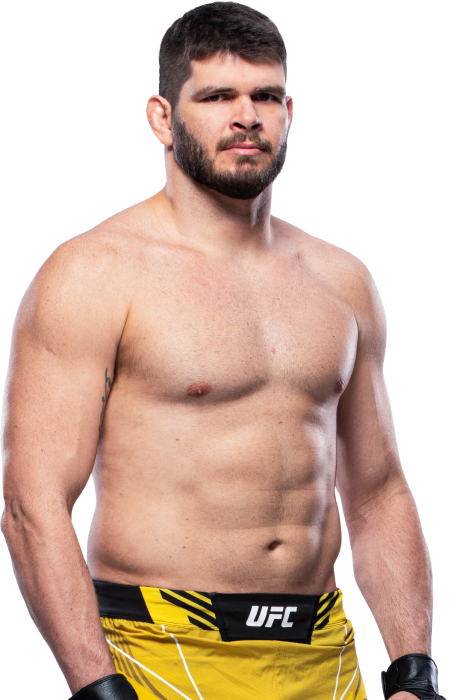 When and why did you start training for fighting? I always watched a lot of fight movies when I was a kid like The Big White Dragon (Bloodsport in the U.S.) I think this was one of the most memorable films for me and as a teenager I started to see VHS MMA fights like the first UFC and that desire to be a fighter was growing every day.  I practiced the sport more at 17 years old when I had the opportunity to train jiu-jitsu, and from then on, I never stopped and I did my first MMA fight at 19 years old.
What ranks and titles have you held? I was Brazilian champion for Bitetti Combate in 2013 and in 2018 I was champion of the Professional Fighters League (PFL), which was the most important achievement of my career so far.
Do you have any heroes? I’m a man of faith and Jesus Christ is my hero.
What does it mean for you to fight in the UFC? Fighting in the UFC is the realization of a dream, of a goal that I started many years ago. It reminds me of when I watched those UFC fights on VHS and said to myself, “One day I will be fighting there.”  So all the hard work, effort, dedication, it was worth it, and it will be worth a lot more. I know I just got to UFC and I have a lot of work to do, but as I said, I am a man of faith and I believe I will do a great job in the organization.
Did you go to college and if so what degree did you earn? I studied before entering the university.
What was your job before you started fighting? I worked as a salesman early in my MMA career.
Favorite grappling technique: Rear naked choke
Favorite Striking technique: I like to use my hands to win the fights. 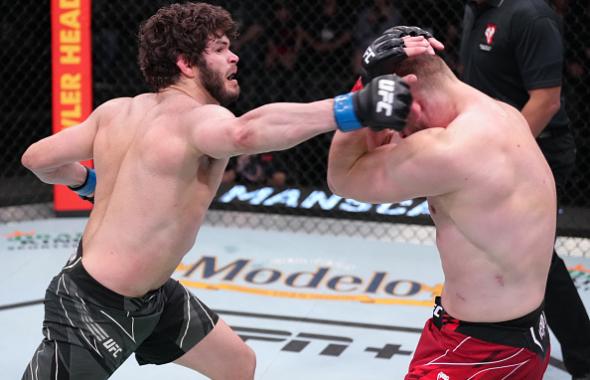