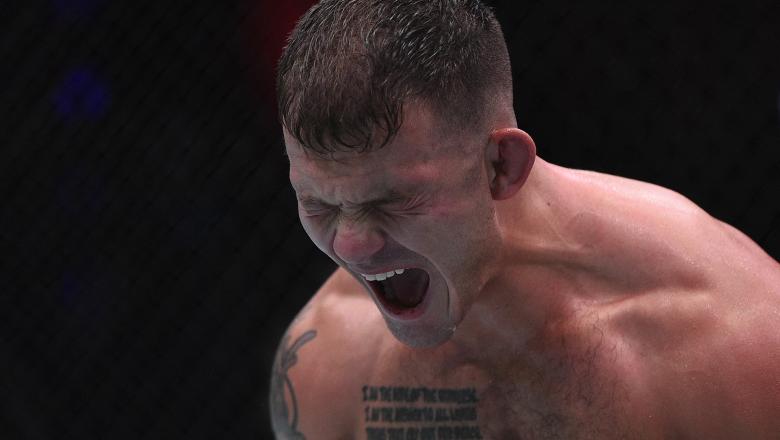 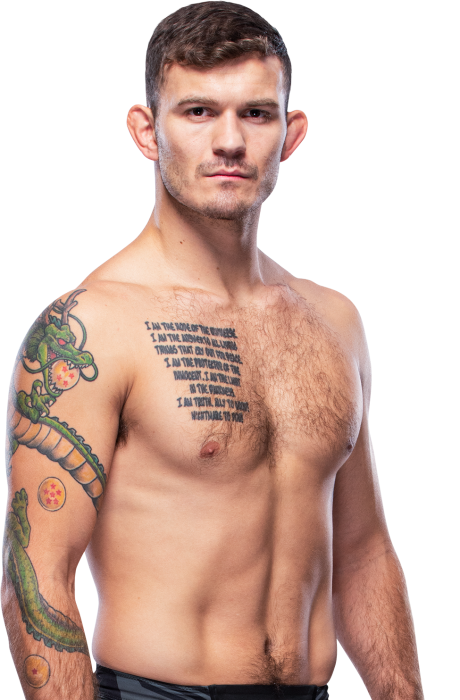 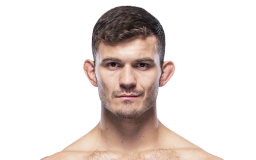 Q&A
When and why did you start training for fighting? I turned pro in 2018
What ranks and titles have you held? I have three different titles in pro MMA, but none compare to the main goal of becoming UFC champion. I’m a brown belt in BJJ and multiple-time state champion and national qualifier in wrestling (freestyle and Greco-Roman, folkstyle state / national qualifier.
Do you have any heroes? My hero is Goku. I grew up wanting to be Goku and to this day compare myself to the anime character.
What would it mean for you to fight in the UFC? It would mean all the hard work and years of training are finally paying off, but that is only the beginning towards more goals.
Did you go to college and if so what degree did you earn? I went to Oregon State for one year before I decided to focus solely on fighting.
Favorite grappling technique: Modified scarf hold kimura
Favorite Striking technique: A hook-cross combo