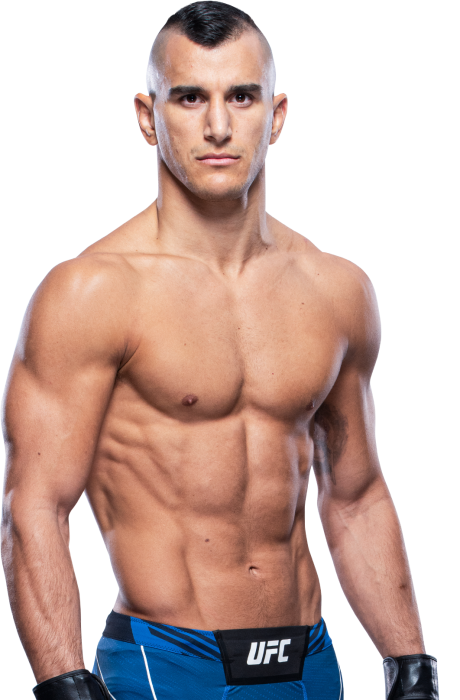 Natan Levy Bet On Himself

When and why did you start training for fighting? I started training Kung Fu and Karate at 15. I wanted to test myself against the best in the world, so I flew to Las Vegas and started training MMA.
What ranks and titles have you held? Black belt in Karate and Kung Fu
Do you have any heroes? No heroes, but numerous great mentors.
What would it mean for you to fight in the UFC? It means that I have taken an important step in my goal to be a world champion.
What was your job before you started fighting? Karate teacher
Specific accomplishments in amateur competition? Undefeated amateur record.
Favorite grappling technique: Guillotine choke
Favorite Striking technique: Wheel kick