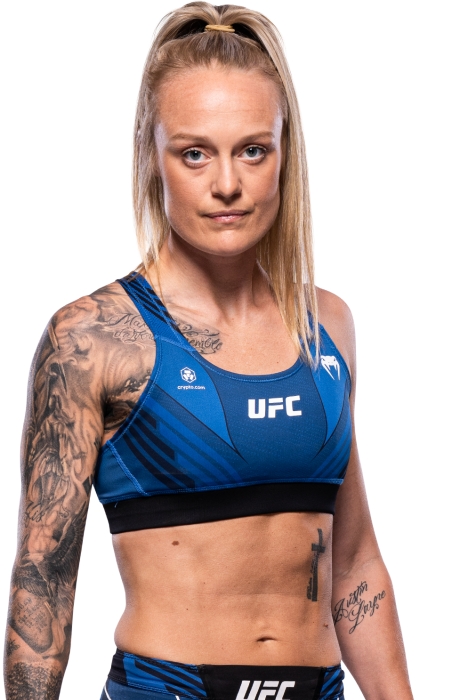 The Spark Reignites For Miranda Granger

UFC History
UFC on ESPN (8/6/22) Granger was submitted by Miranda Granger via Von Flue choke at 1:03 of the second round
UFC Fight Night (11/14/20) Granger lost a three round unanimous decision to Ashley Yoder
UFC Fight Night (12/21/19) Granger was submitted by Amanda Lemos via rear naked choke at 3:43 of the first round
UFC on ESPN (8/3/19) Granger won a three round unanimous decision over Hannah Goldy

Q&A
When and why did you start training for fighting? I started training when I was four years old because my dad’s side of the family was all into martial arts.
What ranks and titles have you held? Black belt in Taekwondo. Five amateur titles, including a world kickboxing title, and two professional titles, including the CFFC strawweight world champion.
Do you have any heroes? My Great Grampa
What does it mean for you to fight in the UFC? It is my childhood dream come true. I am honored to be able to step foot into the UFC Octagon and walk the same walk that so many legends have before me.
Did you go to college and if so what degree did you earn? Bellevue College, AA.
What was your job before you started fighting? Cart Girl for Newcastle Golf Course
Specific accomplishments in amateur competition? I stayed undefeated: 5-0 in kickboxing and 5-0 in MMA. Two kickboxing titles (one being a world title), and 3 MMA titles.
Specific accomplishments in pro competition? Two pro titles, most recently becoming the CFFC strawweight world champion - finishing my opponent in 41 seconds.
Favorite grappling technique: Triangle
Favorite Striking technique: Elbows