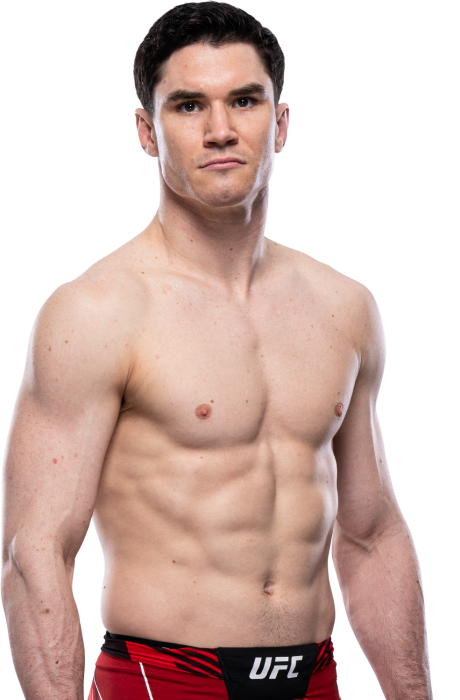 Mike Malott Gets KO In His UFC Debut | UFC 273: Volkanovski vs The Korean Zombie

When and why did you start training for fighting? I started training in 2006 after first seeing the UFC. I had always had a bit of an interest in martial arts, but when I saw real MMA, I was blown away.
What ranks and titles have you held? I’m the XFFC lightweight Champion.
Do you have any heroes? Not really, to be honest. I’m luckily surrounded by a lot of great mentors — I have a great team, coaches and family that inspire me.
What would it mean for you to fight in the UFC? It would mean the world to me to fight in the UFC. It’s been a goal of mine since my first day of training.
Did you go to college and if so what degree did you earn? I went to Dalhousie University in Halifax, Nova Scotia, Canada. I earned my Bachelor of Commerce.
What was your job before you started fighting? I was in high school when I started having amateur kickboxing and Jiu Jitsu fights, so I’ve been fighting longer than working. I’ve done everything from construction/yard laboring, to working for an insurance company, to coaching UFC fighters.
Specific accomplishments in amateur competition? I won WKC nationals in Canada for kickboxing when I was 17. Ranks in any martial arts styles: Muay Thai Kru, BJJ black belt.
Favorite grappling technique: Rear naked choke
Favorite Striking technique: Knees 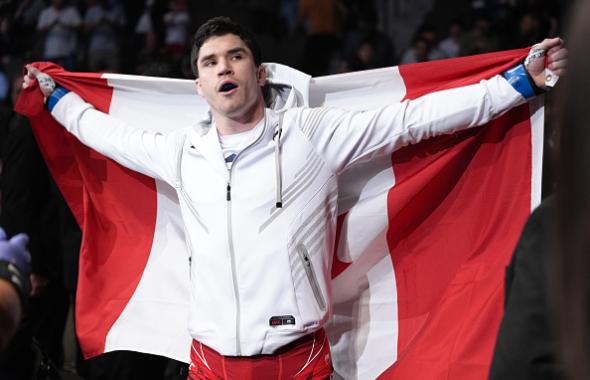 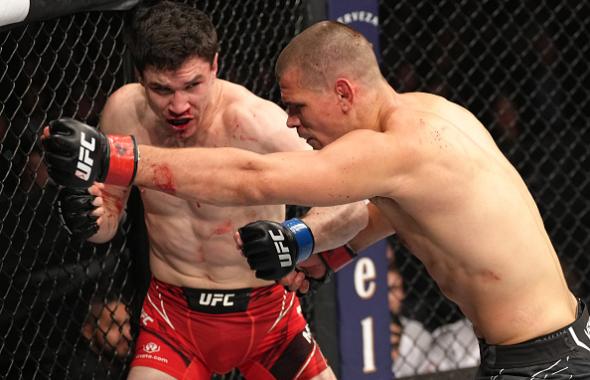