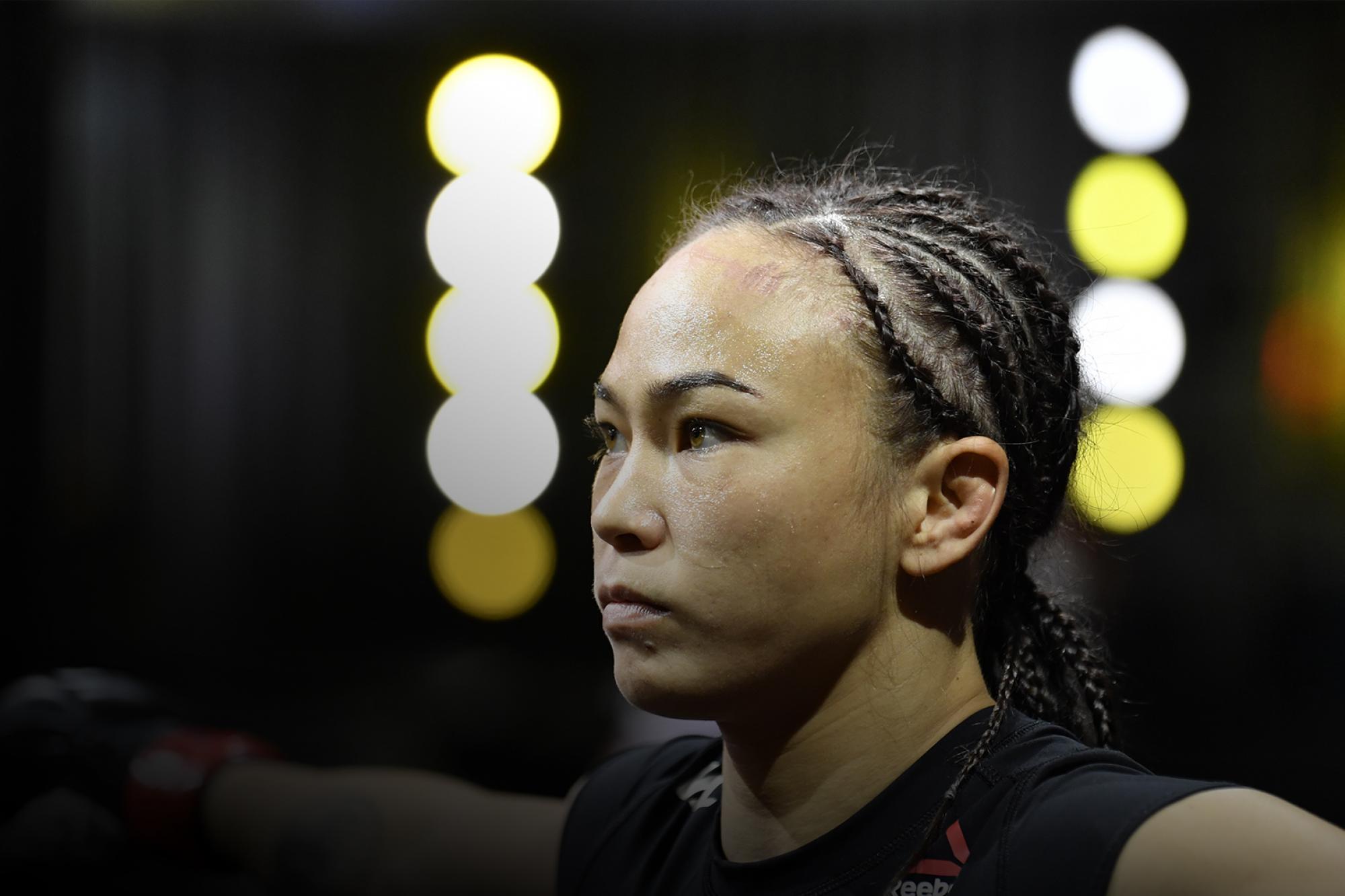 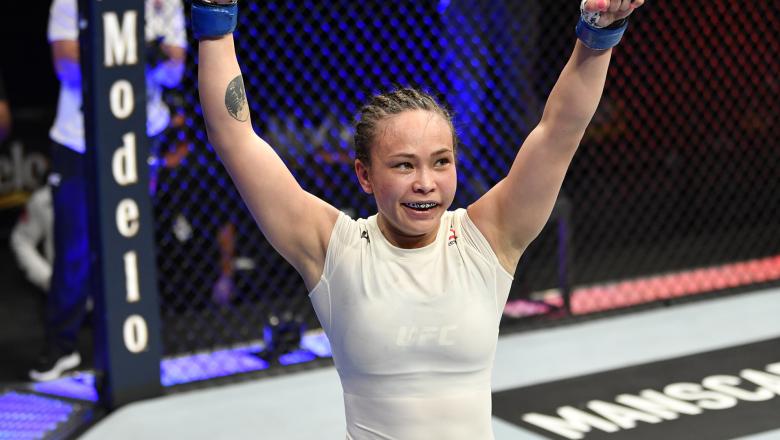 Michelle Waterson: Aiming For The Top 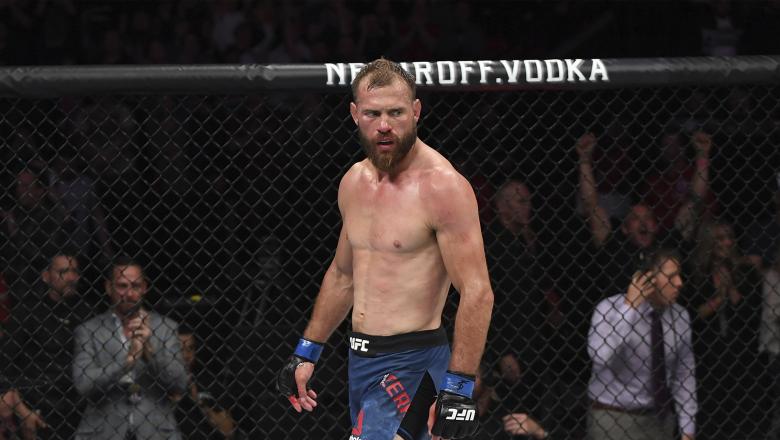 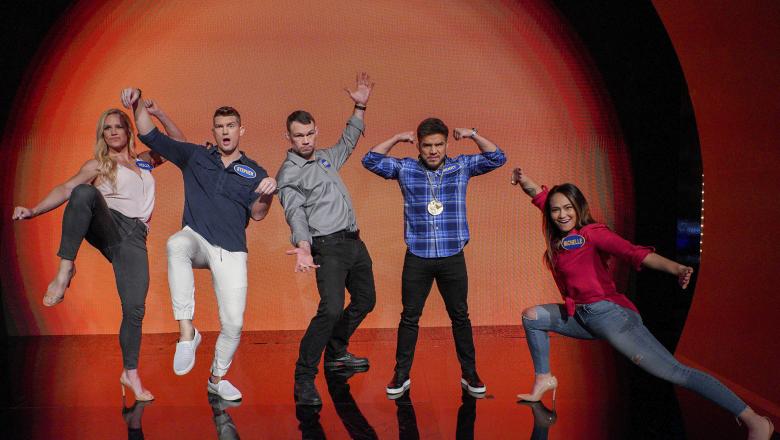 UFC Wins $5,000 for The V Foundation During Appearance on Celebrity Family Feud

UFC athletes were featured on the October 29th episode of Family Feud. 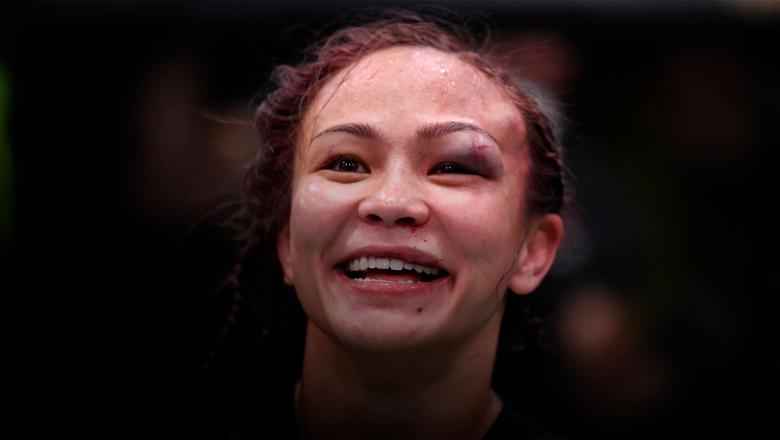 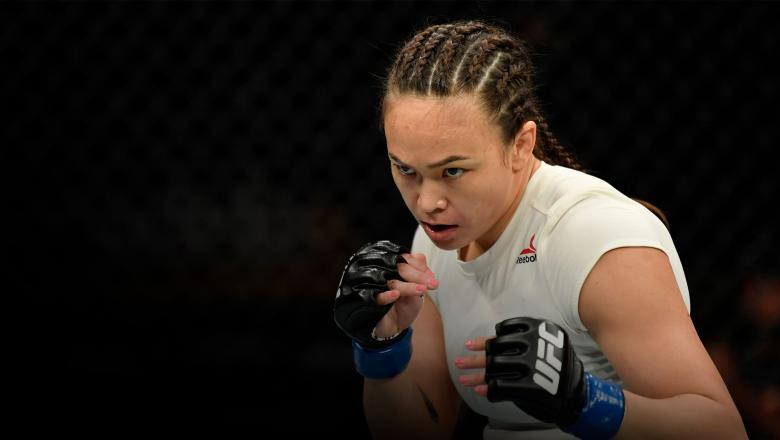 Weigh-ins. weight cuts, technology and pizza in the latest Vlog from Florida 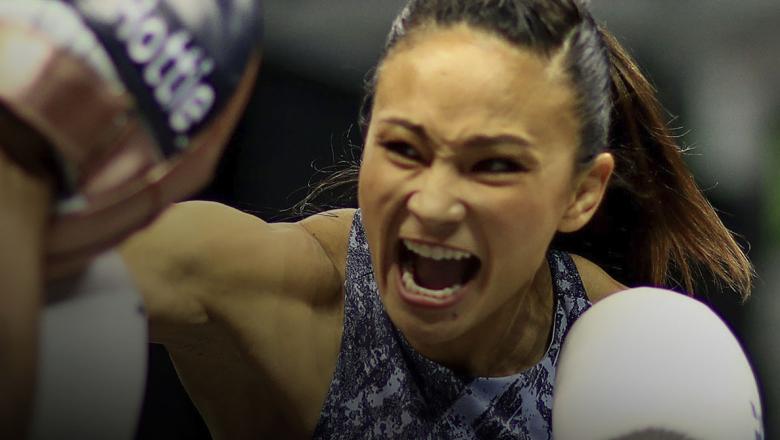 Strawweight Proud Of Her Role In The Return Of Live Sports 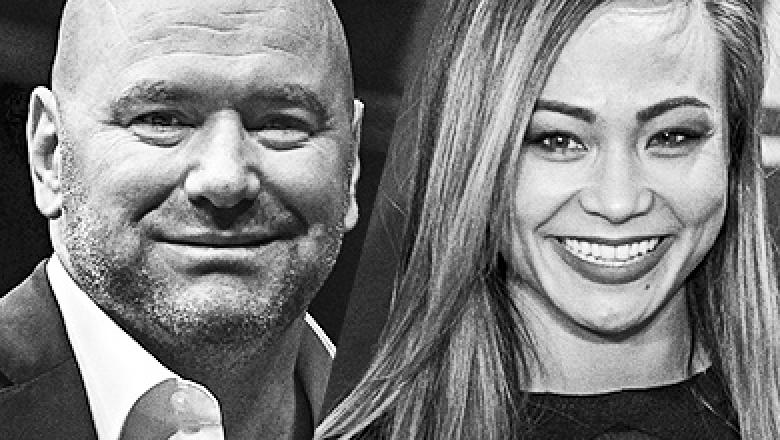 USADA, Fight Island and UFC 249 are hot topics on Episode 390

'The Karate Hottie' gives tips for staying fit at home 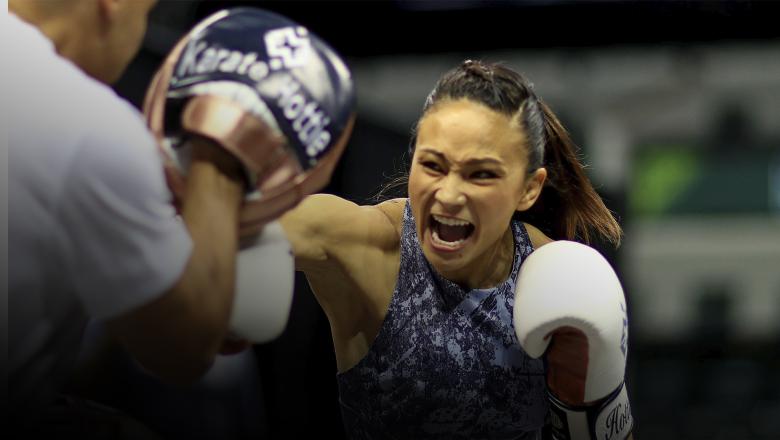 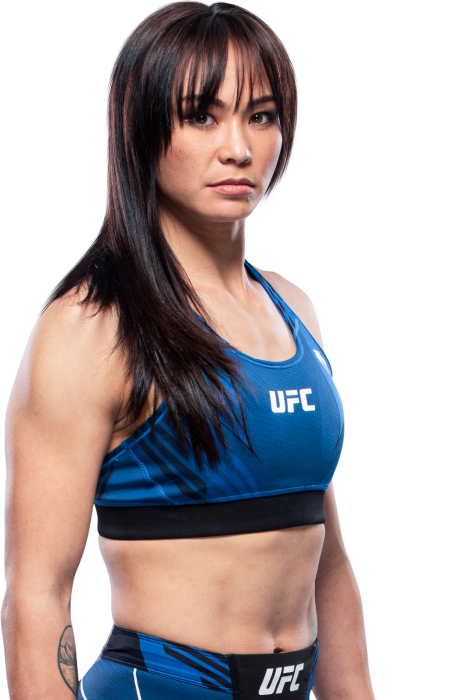 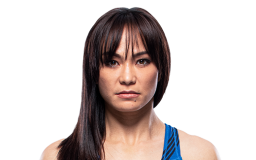 When and why did you start training for fighting? At the age of 19 I began my amateur career because martial arts was and is my life and I want to be well-rounded in every aspect, including the combative part. The thrill and challenge it presented got me hooked and I haven’t looked back since.
What ranks and titles have you held? Invicta FC atomweight champion
Do you have any heroes? My husband. He believes in me and supports my dream of becoming the best in the world. He sacrifices a lot for our family to be happy.
What does it mean for you to fight in the UFC? A dream come true. Being in the UFC I will be able to display my heart, soul, and determination for the world to see.  It is a platform that will allow me to inspire others to go after their dreams and to be a good role model for my daughter.
Did you go to college and if so what degree did you earn? I went to college for a year at Denver University, then dropped out to pursue my fighting career
What was your job before you started fighting? I was a waitress at Hooters
Specific accomplishments in pro competition? Win over Jessica Penne to gain the atomweight title for Invicta FC
Ranks in any martial arts styles: Black belt in American freestyle karate, brown belt in Brazilian Jiu-Jitsu
Favorite grappling technique: Armbar
Favorite Striking technique: Leg kick

Cheer Michelle Waterson in style.
Shop for her latest apparel from the official UFC store.
Visit the store 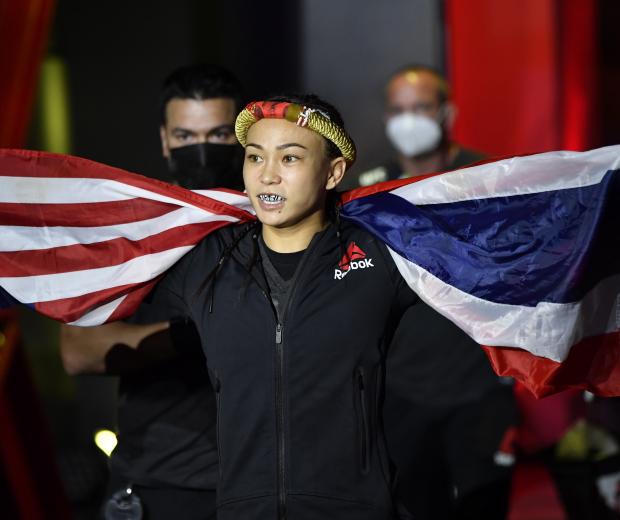 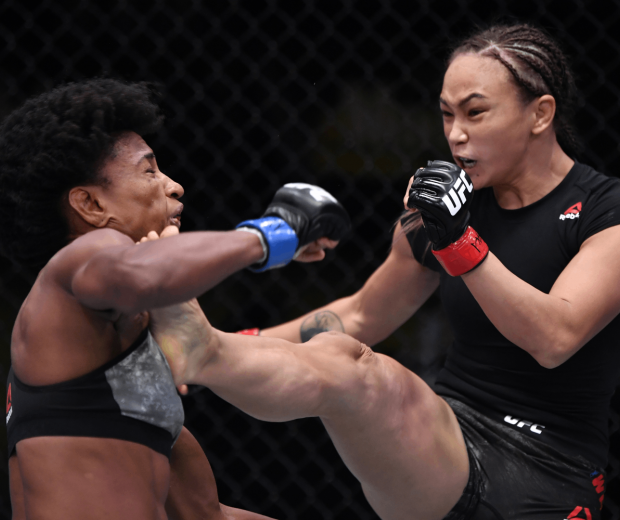