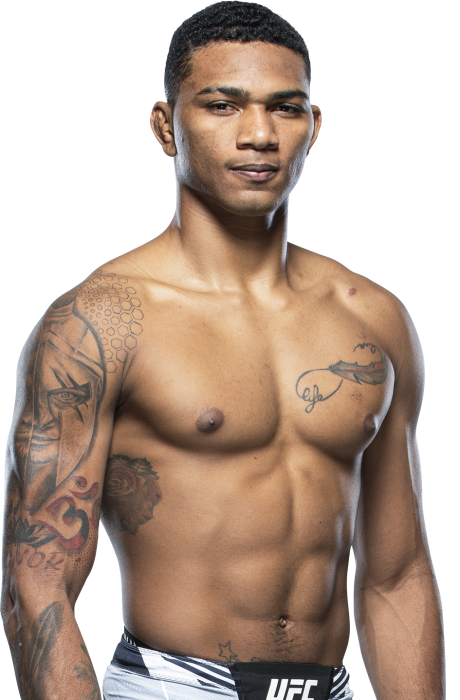 The Future Of Ecuadorian MMA Is In Good Hands

When and why did you start training for fighting? My parents signed me up at a gym when I was 13 years old.
What titles have you held? National champion in freestyle wrestling, National champion in Muay Thai and Ecuador MMA champion.
Do you have any heroes? My mom
What would it mean for you to fight in the UFC? It’s the opportunity of a lifetime and a dream for all fighters; it would be an honor to be only the second Ecuadorian fighter to fight in the UFC.
What was your job before you started fighting? I worked at a Naval factory helping build ships.
Favorite Grappling Technique: Body lock
Favorite Striking Technique: Superman punch