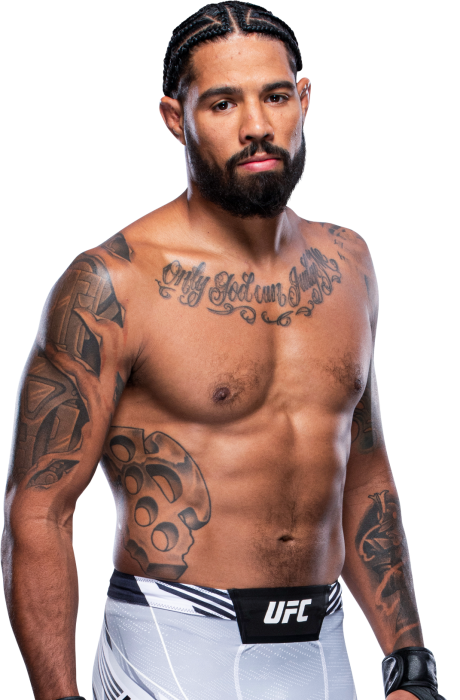 Max Griffin Feels It All Coming Together

Max Griffin Gets A First Round Knockout | UFC Fight Night: Brunson vs Holland

The Ultimate Fighter Season 16
On episode one, Griffin was submitted by Matt Secor via triangle choke at 2:55 of the third round

When and why did you start training for fighting? I started training martial arts at the age of four. I wanted to be a Ninja Turtle when I grew up, so that was the original motivation.
What ranks and titles have you held? Ultimate Reno Combat 170-pound champion (Amateur). West Coast Fighting Championship 170 & 185 Champion. ISCF (International Sport Combat Federation) West Coast 170 Champion, Tachi Palace Fights 170 Champion (Pro)
Do you have any heroes? My mom, Kathryn Griffin, is my hero. A single mom for majority of my life, she took care of me and my brothers.
What does it mean for you to fight in the UFC? It’s a dream come true. I put my life towards this goal, to see it materialize is unbelievable.
Did you go to college and if so what degree did you earn? American River College, general Ed, no degree
What was your job before you started fighting? I’m currently a Facilities Coordinator for Corporate Real Estate at Blue Shield of California
Ranks in any martial arts styles: Black belt in Marinoble’s Fighting system. IKF recognized 1st degree kickboxing black belt, Black belt in Bok Fu
Favorite grappling technique: D’Arce Choke
Favorite Striking technique: Straight right cross 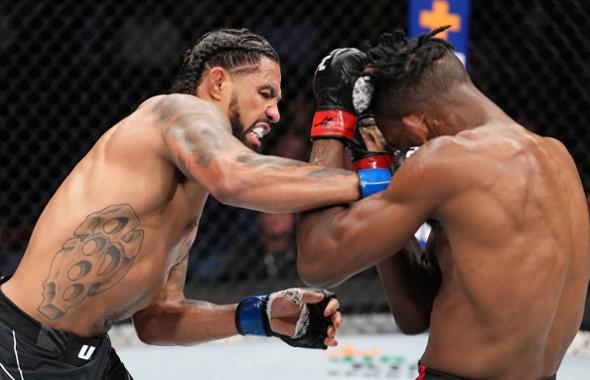