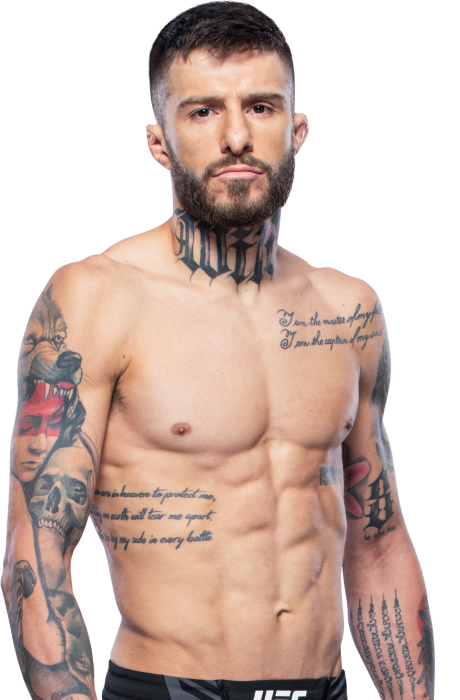 When and why did you start training for fighting? I started 16 years ago. As a kid I was really troubled, so I fought in every sport I played. Then I decided to do something with that and started training kickboxing. I was watching Mirko Cro Cop knock out Igor Vovchanchyn in PRIDE, and I wanted to do that, so I changed to MMA, and since that moment I’ve been training.
Do you have any heroes? I don’t have any heroes. I put no one on a pedestal. I admire the people I’ve met, the people who surround me and teach me every day. My mom, my friends, and my training partners are the best examples.
What does it mean for you to fight in the UFC? I can’t describe it. It’s the best feeling in the world, knowing all the sacrifice and all the years invested. It’s a dream come true.
Did you go to college and if so what degree did you earn? I was studying architecture, and I made four years of a career in it, but the passion for MMA made me make a decision. So I left it and made a career of MMA.
What was your job before you started fighting? As a Latin American athlete, I gotta work to make money. Here in Latin America, we did not have many sponsors or the money to just train and recover. It’s a new and growing sport here, so yeah...for example, during the quarantine in Mexico City I was giving boxing lessons in a park just to make money to eat.
Favorite grappling technique: Triangle choke
Favorite Striking technique: Knees and elbows 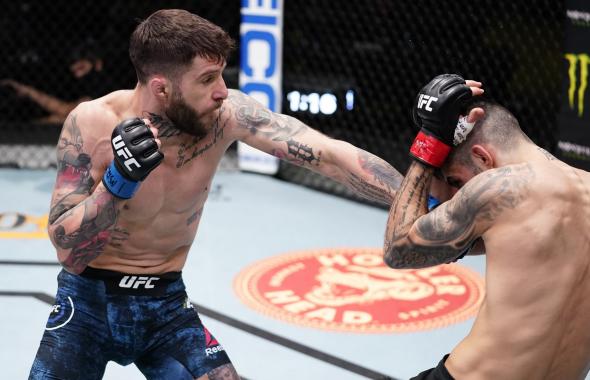