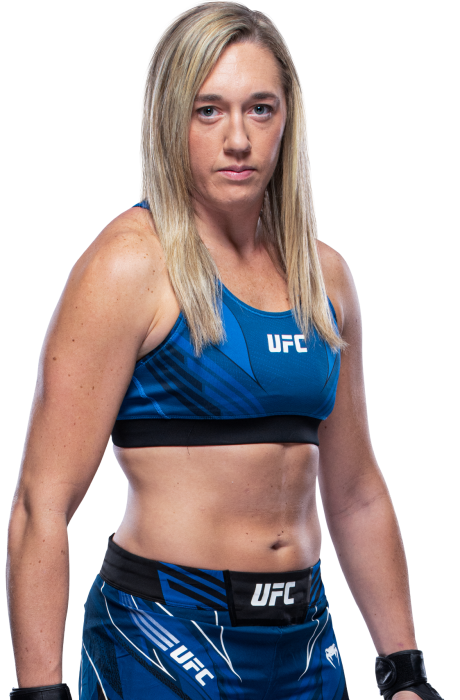 A 'Reinvented' Leah Letson Returns To The Octagon

When and why did you start training for fighting? Technically, you could say I started training when I was just five years old. I began doing karate and tae kwon do at that young age and continued until I was 17 years old. However, I didn't really discover MMA until I was 20 years old. I took a cardio kickboxing class in college as a fun way to get in shape for Air Force Basic Training. It turns out that the instructors for that class were Jake Klipp and Zak Ottow, who own Pura Vida BJJ/MMA. They saw I had talent and that I was an extremely hard worker. They invited me to come try jiu-jitsu, and I immediately fell in love with the sport. Once I got back from basic training six months later, I started taking more classes and training with the fight team. Two months later, on less than 24 hours’ notice, I took my very first amateur fight. Winning that fight was such an incredible feeling that I was hooked. I walked out of the cage and said to myself, "This is it. This is what I want to do. I am going to be in the UFC one day."
Do you have any heroes? My parents are my heroes. We didn't have much growing up, but they always worked extremely hard to give me a good childhood. They taught me the most important lessons, too. They instilled a strong sense of discipline and responsibility. They made sure I always knew that I was capable of doing anything I set my mind to; those lessons have directly translated to my successes as an adult.
What does it mean for you to fight in the UFC? It means everything to me to be able to fight in the UFC. I have trained so hard and dedicated my entire life to this sport for the last five years. I have had to sacrifice so much to be able to chase this dream, including taking a year off from the sport to serve my country on deployment. It is hard to put into words, but it’s quite an incredible feeling when all the hard work, sacrifice and dedication pays off and your dreams come true.
Did you go to college and if so what degree did you earn? I graduated Magna Cum Laude from the University of Wisconsin-Milwaukee with a Bachelor of Science in Psychology and Criminal Justice with a minor in Sociology. I also have an Associate's degree in Air and Space Operations Technology from the Community College of the Air Force.
What was your job before you started fighting? I was a full-time college student, a part-time office assistant and in the Air National Guard.
Specific accomplishments in amateur competition? I remained undefeated in both MMA (5-0) and in kickboxing (3-0).
Specific accomplishments in pro competition? I have the #6 best knockout in Invicta FC history. I was also voted the most inspirational fighter of the year for 2017.
Ranks in any martial arts styles: Third degree black belt in tae kwon do, second degree black belt in karate, purple belt in Brazilian Jiu-Jitsu
Favorite grappling technique: Arm triangle
Favorite Striking technique: Head Kicks