Lara Procopio talks about her decision win at Fight Night: Volkov vs Overeem. 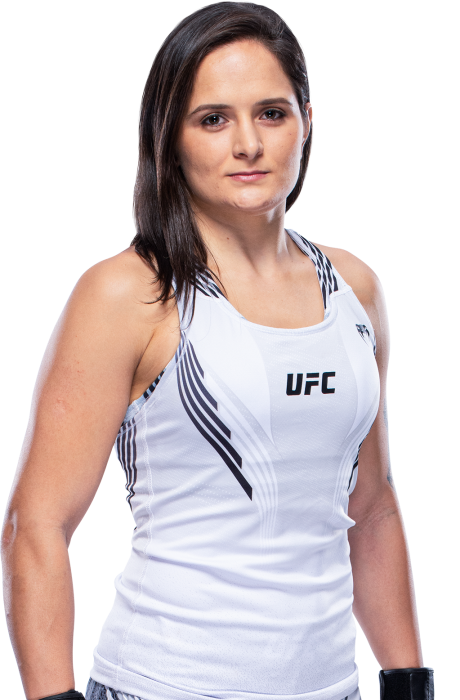 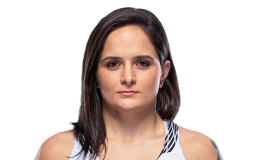 When and why did you start training for fighting? As a child I started practicing jiu-jitsu through my parents, who were teachers. I competed for a long time in jiu-jitsu, won some titles and decided to join MMA. I did my first amateur fight in 2014.
What ranks and titles have you held? In jiu-jitsu I am 6x champion of Minas Gerais and Brazilian champion by CBJJ. In MMA I won two belts, one in BH at BH Sparta at flyweight, and the Shooto Brasil belt at bantamweight. Black belt in BJJ.
Do you have any heroes? I admire Cris Cyborg and Ronda Rousey so much for what they did for women's MMA.
What does it mean for you to fight in the UFC? Fighting in the UFC is a dream come true. Before entering each fight I imagined that I was entering the cage of UFC; I always imagined myself making good fights and consolidating my name at the event. I'm sure I'll be an inspiration for future athletes.
Did you go to college and if so what degree did you earn? In 2019 I won a scholarship to Gama e Souza College and I am currently in the 2nd period of Physical Education.
What was your job before you started fighting? My whole life has been focused on martial arts. My father has a gym in Belo Horizonte, so I started helping him when I was very young.
Specific accomplishments in amateur competition? I had three fights in amateur MMA, and won two of them by submission in the first round and a rear naked choke in the third round.
Favorite grappling technique: Arm lock 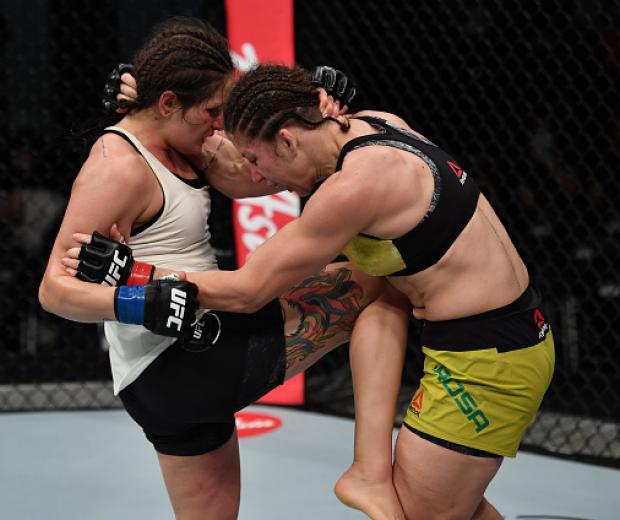