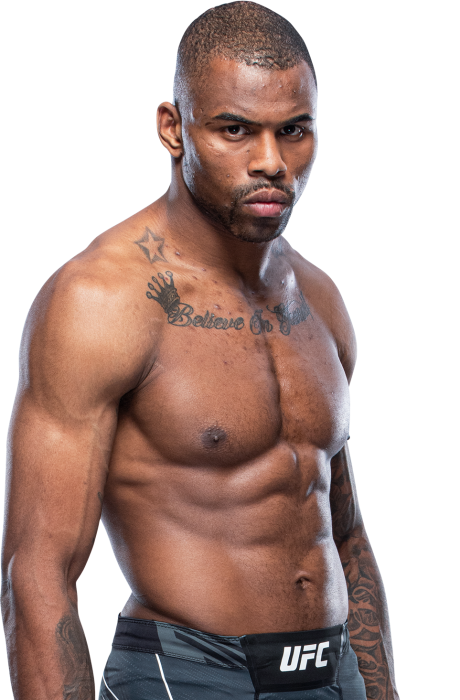 All Khaos Williams Cares About Is Winning

When and why did you start training for fighting? I started training in September 2013 and had my first fight three months later. I started because someone seen me fight and told me that I had it. So I found a BJJ gym and just fell in love after my first bout. I jumped into the sport with some blind faith but I put the work in and now I got people all around the world telling me it’s my time.
What ranks and titles have you held? I'm three-stripe blue belt in jiu-jitsu and I have the professional TWC super lightweight championship.
Do you have any heroes? Jay-Z, Meek Mill, Jon Jones and Kobe Bryant rest in peace.
What does it mean for you to fight in the UFC? It means the world to me to be in the UFC and I'm excited to be great and do great things.
Did you go to college and if so what degree did you earn? Yes, I went to college but I ended up dropping out and started training full-time.
Specific accomplishments in amateur competition? Amateur MMA champion
Specific accomplishments in pro competition? I fought in Beijing, China and won in 24 seconds with a knockout. I won my first professional title at 5-1 against a vet with over 35 fights.
Favorite grappling technique: Guillotine
Favorite Striking technique: Whatever I see 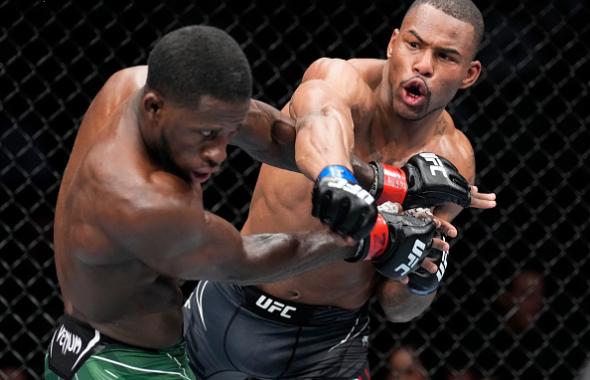