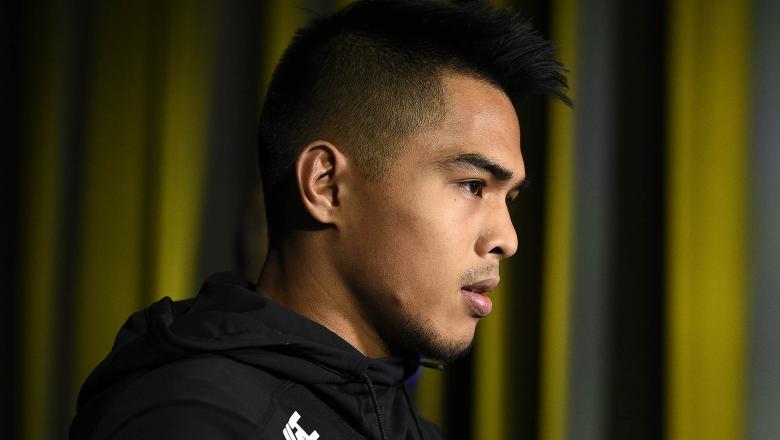 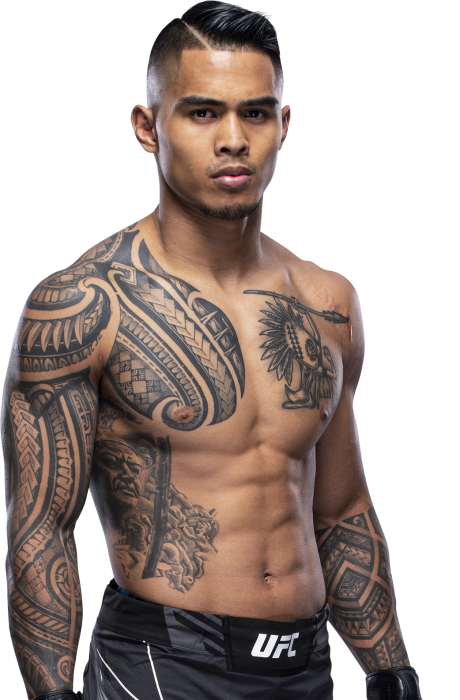 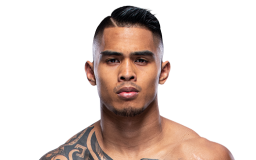 When and why did you start training for fighting? I started training at a young age. I was around MMA in its early stages in Hawaii.
What ranks and titles have you held? Purple belt in BJJ
Do you have any heroes? My grandpa. He’s someone who shares his wisdom with me all the time and is never shy to say the mistakes he made and show that that’s why he’s such a great man today. I love that man.
What does it mean for you to fight in the UFC? It means I belong with the best fighters in the world. If I played football, this would be the NFL.
Did you go to college and if so what degree did you earn? Midland University - Bachelors - Fitness & Sports Management and Marketing with a minor in S&C
What was your job before you started fighting? I was fighting before I could have a job.
Specific accomplishments in amateur competition? Amateur kickboxing titles, Amateur MMA champion
Favorite grappling technique: I love the wrestling grind
Favorite Striking technique: Straight right 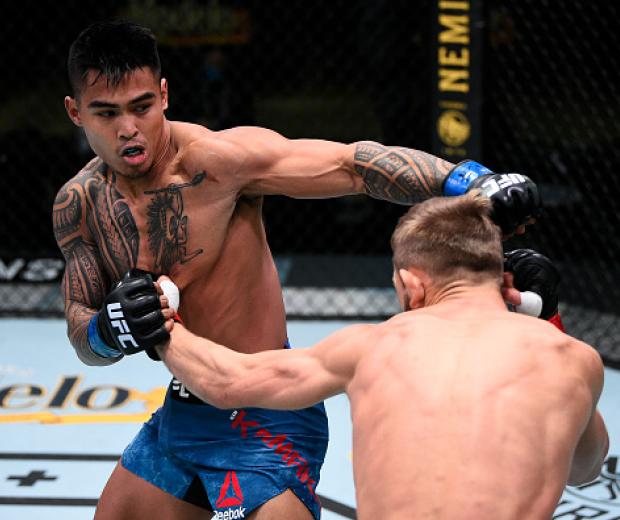