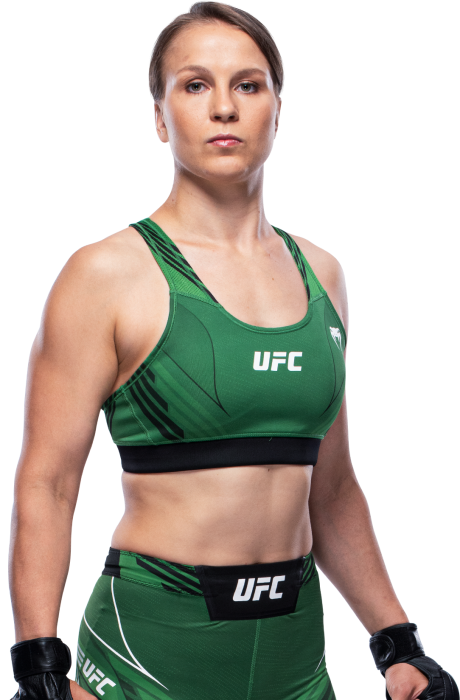 When and why did you start training for fighting? My father brought me to karate when I was 12 years old and I fell in love with martial arts.
What ranks and titles have you held? Invicta FC bantamweight champion, LETHWEI (Burmese boxing) world champion
Do you have any heroes? GSP
What does it mean for you to fight in the UFC?  It's my dream. It's huge honor for me to represent my team Fighter House/Roger Gracie Academy Kaunas and my country Lithuania on the biggest MMA stage in the world.
Did you go to college and if so what degree did you earn? Bachelor degree in Dental Hygiene from the Lithuanian University of Health Sciences
What was your job before you started fighting? None Specific accomplishments in amateur competition? European IBJJF Jiu-Jitsu champion
Ranks in any martial arts styles: BJJ brown belt
Favorite grappling technique: Armbar
Favorite Striking technique: Jab 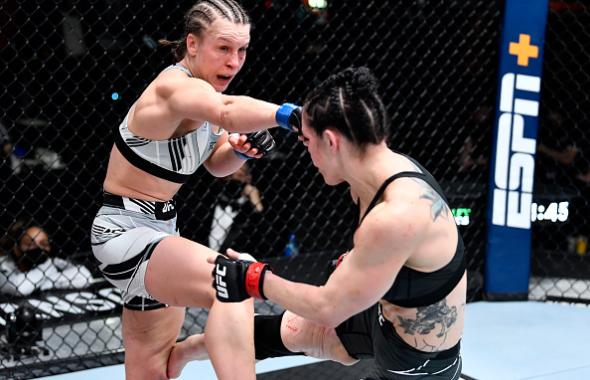