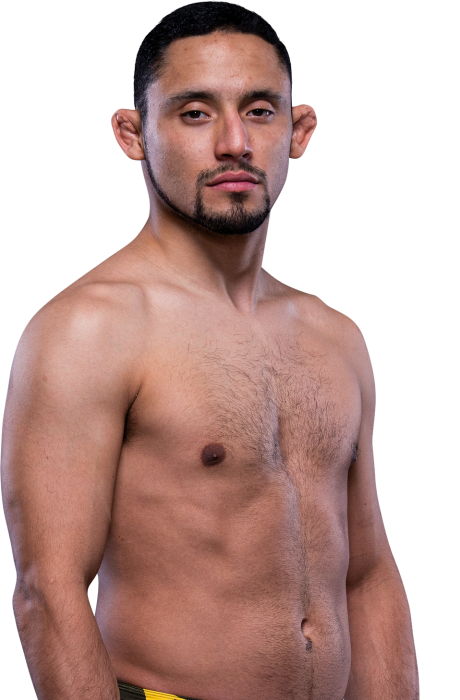 UFC Fight Night (5/22/21) Ronderos was submitted by David Dvorak via rear naked choke at 2:18 of the first round

When and why did you start training for fighting? 2011 - because there was no other sport I fit into and I was bullied. Once I started training, no one ever bullied me again.
What ranks and titles have you held? 4x Tuff-N-Uff champion, 2x WXC flyweight champion
Do you have any heroes? Anyone who did what they were told they couldn’t.
What does it mean for you to fight in the UFC? It’s a validation of all the sacrifices I have made to get here. It means the world to me - it’s freedom.
Did you go to college and if so what degree did you earn? Aviation school. In progress.
What was your job before you started fighting? Student
Specific accomplishments in amateur competition? Undefeated 9-0 – four-time TUFF-N-UFF champion
Ranks in any martial arts styles: Purple Belt in BBJ
Favorite grappling technique: Flying kneebar
Favorite Striking technique: Head kick