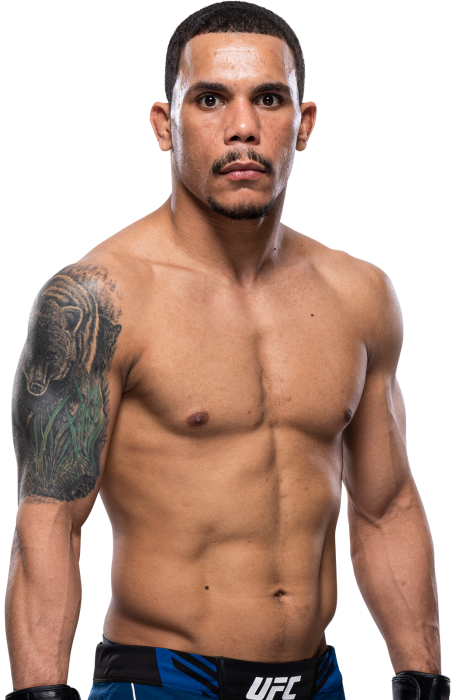 Journey Newson Ready To Show The Real Him

UFC History
UFC 274 (5/7/22) Newson won a three round unanimous decision over Fernie Garcia
UFC Fight Night (9/19/20) Newson was knocked out by Randy Costa at :41 of the first round
UFC 247 (2/8/20) Newson’s knockout win over Domingo Pilarte was overturned to a no contest when Newson failed a post-fight drug test
UFC on ESPN (6/29/19) Newson lost a three round unanimous decision to Ricardo Ramos

Q&A
When and why did you start training for fighting? I started training in 2009 in order to educate myself on fighting. If the situation ever presented itself in the future, I would be prepared. My head coach saw I was a natural and here we are.
What ranks and titles have you held? I am currently ranked #1 in Oregon and #10 in the west. I’ve held the Cagesport pro bantamweight title. BJJ black belt
Do you have any heroes? My dad and head coach
What does it mean for you to fight in the UFC? Fighting in the UFC means a lot to me. It’s all I’ve focused on since my first amateur fight.
What was your job before you started fighting? I worked as a truck driver for a local dairy called Alpenrose.
Specific accomplishments in amateur competition? Two-time FCFF amateur champion 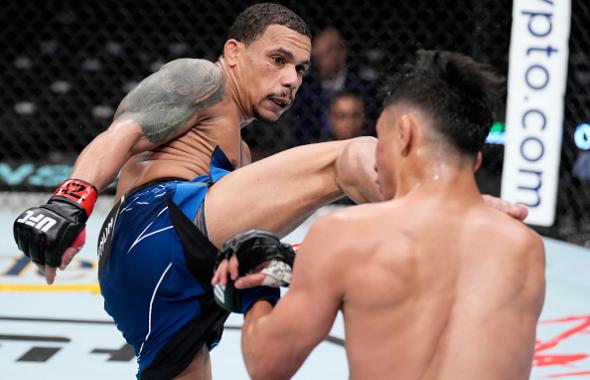