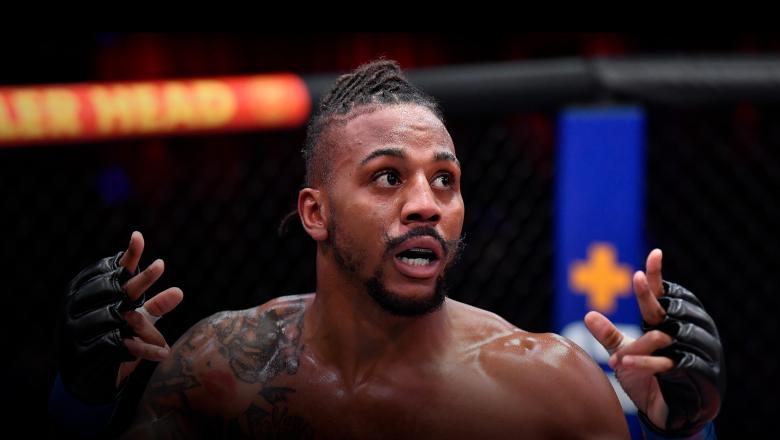 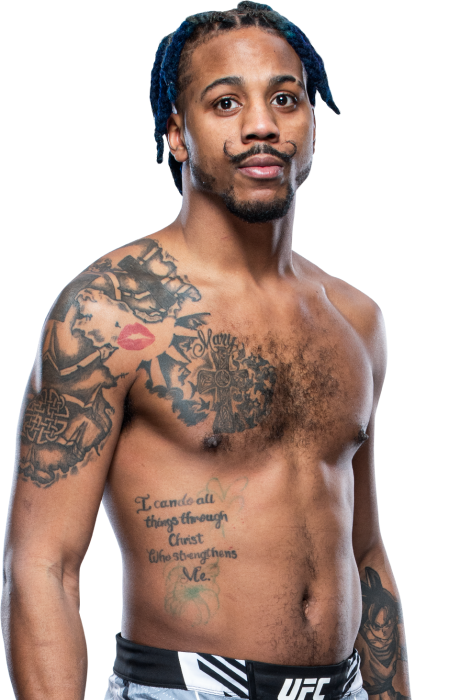 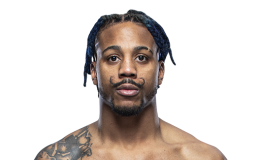 When and why did you start training for fighting? I started training in 2014 because I just got back home from college football and needed an outlet for all my energy.
What ranks and titles have you held? I held the AKA (American Kombat Alliance) amateur welterweight title, BJJ brown belt
What would it mean for you to fight in the UFC? Fighting in the UFC is what I was meant to do. This is me proving to myself I can literally put my mind to something and succeed in it no matter what it takes. I gave up everything to start training and fight, and I’ve put my all into it. So to be at this level is something I knew would come but still surprises me, and I’m excited to show what I got.
Did you go to college and if so what degree did you earn? Yes, but no degree; I did not finish school
Specific accomplishments in pro competition? SFS MMA Team Captain
Favorite grappling technique: Rear naked choke
Favorite striking technique: Jab 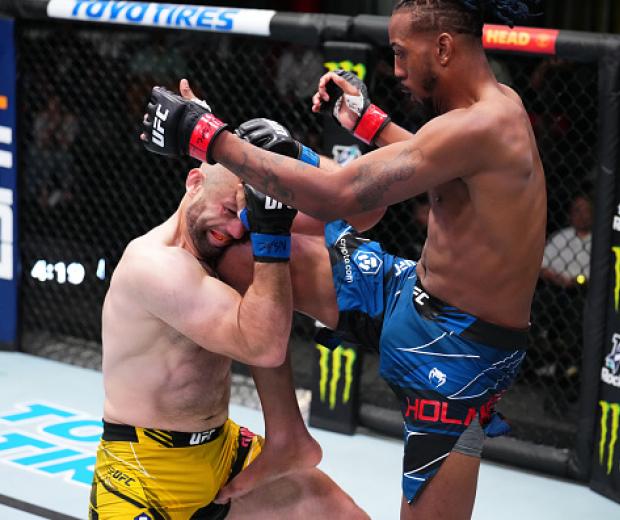