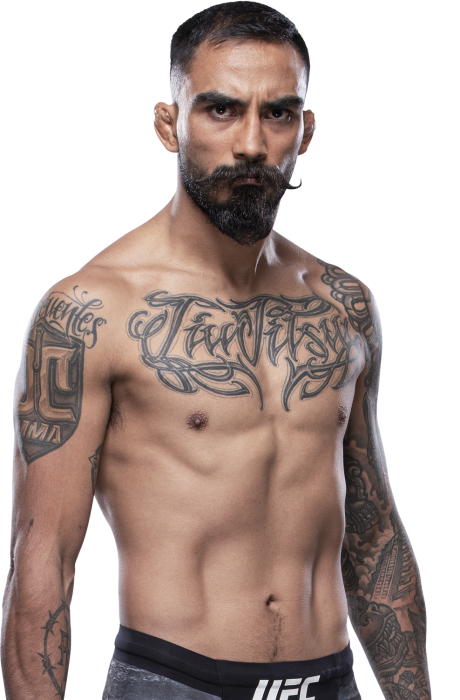 When and why did you start training for fighting? I started boxing when I was 16.
What ranks and titles have you held? TUF LATAM bantamweight finalist
Do you have any heroes? My little brother
What does it mean for you to fight in the UFC? It means I am at the top of my career
Did you go to college and if so what degree did you earn? No. I only got to study for some time in high school
What was your job before you started fighting? Waiter
Favorite grappling technique: Mata Leao (rear naked choke)
Favorite Striking technique: Volado de derecha (overhand right)