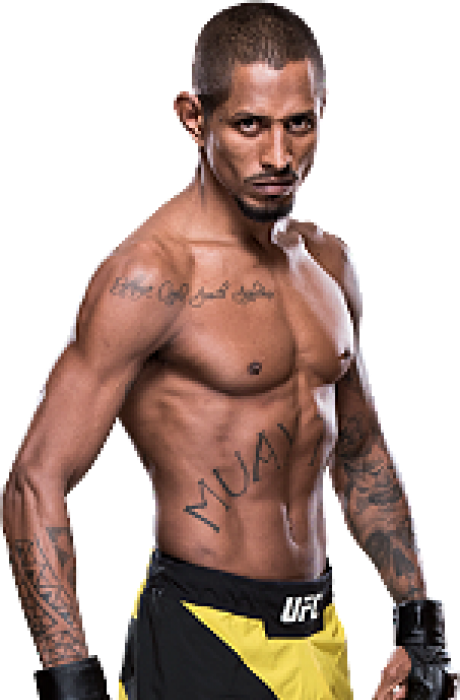 TRAINING: I have practiced Jiu-Jitsu, boxing, wrestling and a lot of Muay Thai.
When and why did you start training for fighting? I started training very early at 7 years old.  My father had a Kung Fu academy where they also had Karate and Taekwondo so I was always around the mats.  I wanted to be as good as my father.  After some time I went on to train Muay Thai and Jiu Jitsu, and at 17 I started fighting MMA.
What ranks and titles have you held? Rio de Janeiro State Jiu Jitsu Champion, 3 x Brazilian Muay Thai Champion, 2 x Rio de Janeiro State Muay Thai Champion
Do you have any heroes? Master Luis Alves who passed away last year; he was a man that helped shape who I am today.
What does it mean for you to fight in the UFC? It is a dream come true that I have been waiting for.  I persisted in my fighting career and now it pays off as I prepare to fight in the biggest event in the world.
What was your job before you started fighting? I had a lot of jobs. I sold ice cream on the beach, was a security guard, I have taught Muay Thai and MMA classes and many other jobs that helped me get through and survive.
Specific accomplishments in pro competition? The biggest accomplishment in my career was when I realized I was capable of winning fights and make a living, doing what I love to do.
If any, list ranks in any martial arts styles: Jiu Jitsu purple belt
Favorite grappling technique: Guillotine, triangle
Favorite striking technique: Knees 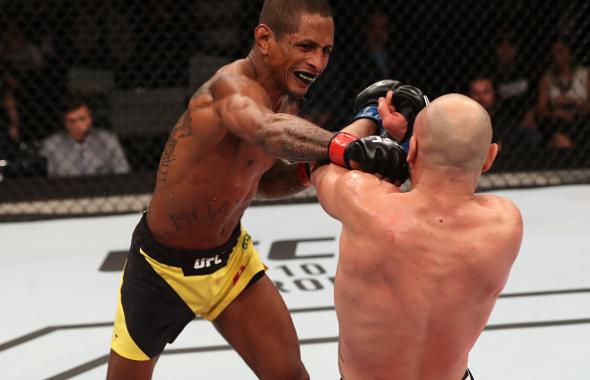