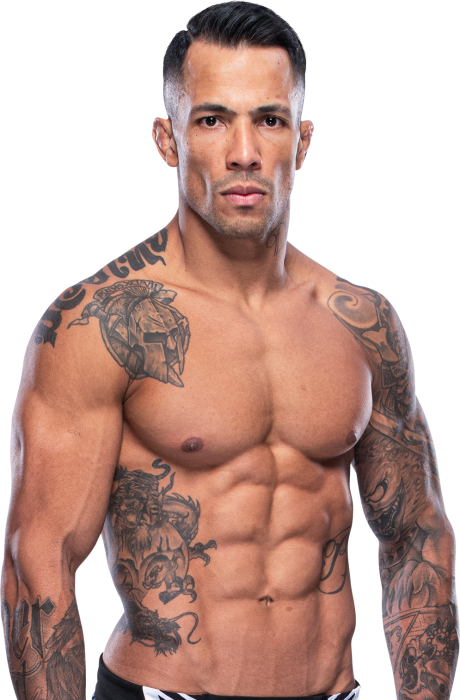 TUF BRAZIL 4
On episode 11 (semifinals), Silva was submitted by Glaico Franca via rear naked choke in the first round
On episode eight (quarterfinals), Silva won a three round decision over Erick “Indio Brabo” da Silva
On episode one, Silva stopped Carlos Costa via strikes in the third round

When and why did you start training for fighting? I saw a UFC video with Royce (Gracie) back in my hometown and I knew I had to give it a try.
What ranks and titles have you held? State Muay Thai champion, Center east national JJ Champion at purple and brown belts.
Do you have any heroes? Jesus Christ
What does it mean for you to fight in the UFC? It’s a dream come true.
Did you go to college and if so what degree did you earn? I studied physical education for a few years but couldn’t do it with my training schedule so I had to drop out. I was missing about three semesters for graduation.
What was your job before you started fighting? I was in the Brazilian Air Force before moving full-time into MMA.
Specific accomplishments in pro competition? I have a six-second KO; it might be one of the quickest ever here in Brazil.
If any, list ranks in any martial arts styles: BJJ black belt, Muay Thai Black kruang (Brazilians have ranks for Muay Thai)
Favorite grappling technique: Rear naked choke
Favorite Striking technique: Overhand punch