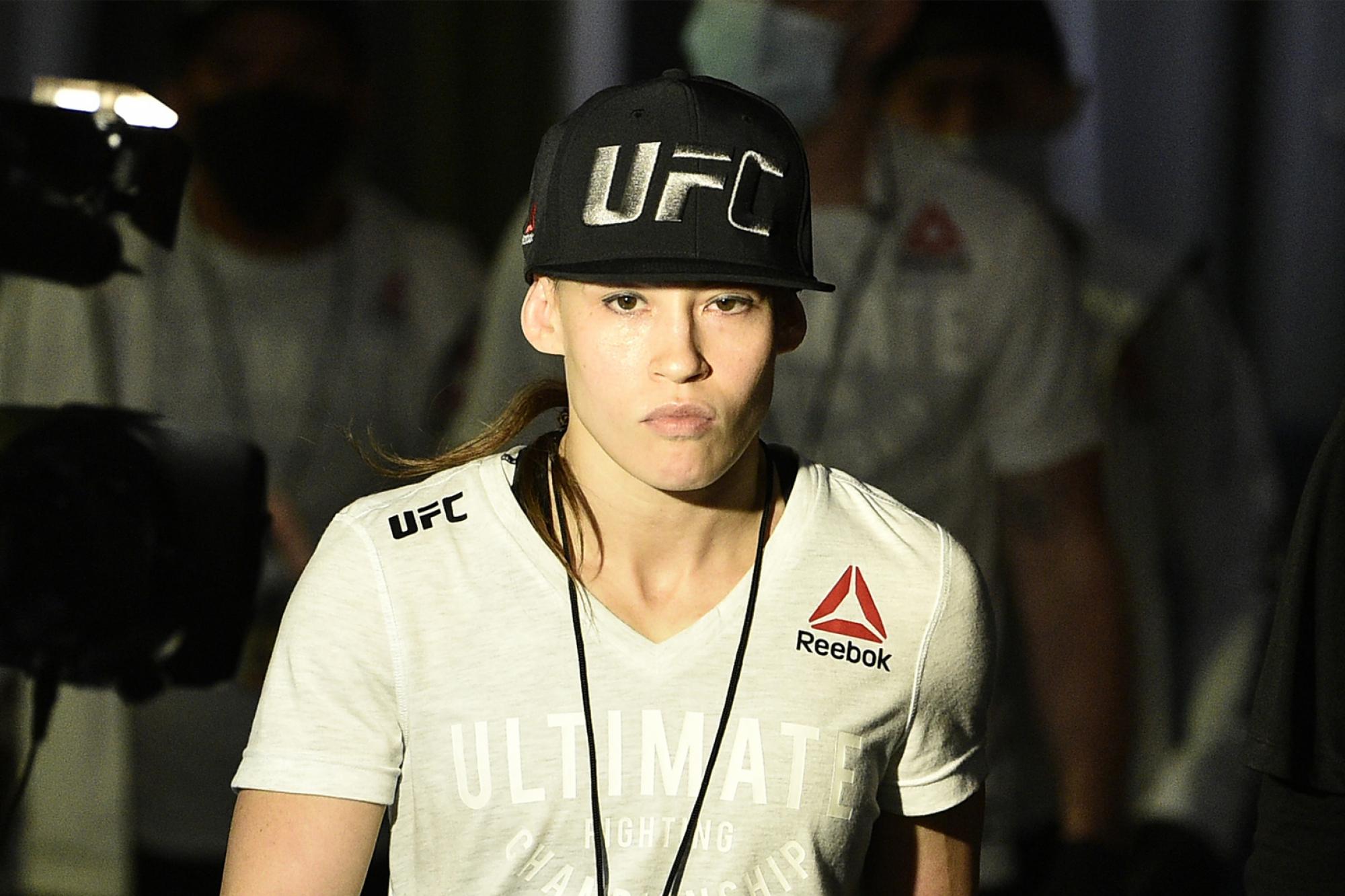 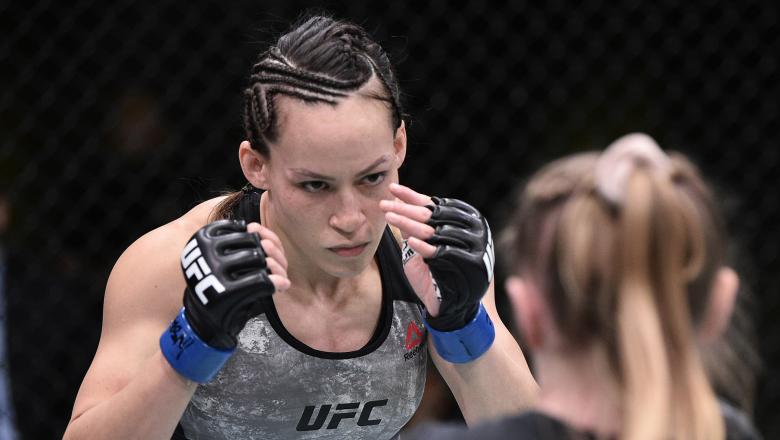 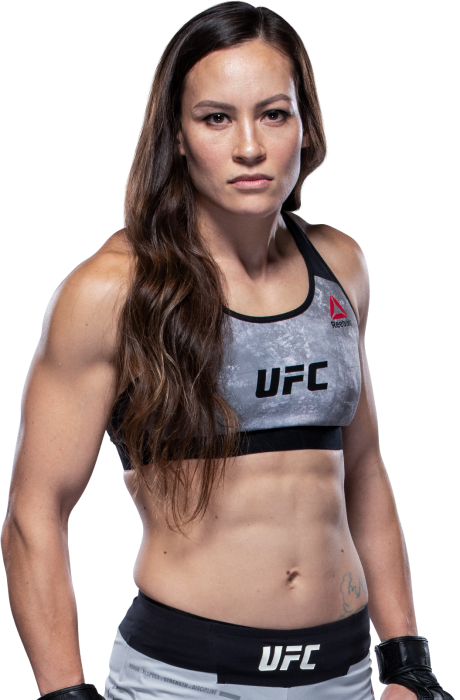 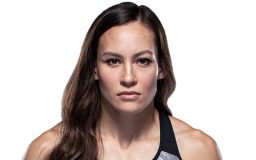 When and why did you start training for fighting? Initially it was just for a workout, but my competitive drive is too strong to do anything just for fun.
What ranks and titles have you held? BJJ purple belt, Invicta FC atomweight champ, SCS atomweight champ
Do you have any heroes? I wouldn’t call him a hero, but more of an inspirational person - David Goggins.
What does it mean for you to fight in the UFC? This has all happened so quickly, so it feels quite surreal to be in this position that many only dream about. I don’t think it has even had a chance to sink in yet.
Did you go to college and if so what degree did you earn? Yes, I have an AAS in Nuclear Medicine, BS in Radiologic Sciences, and an MBA.
What was your job before you started fighting? I worked in Nuclear Medicine, and still do periodically to fill in at the hospital.
Favorite grappling technique: RNC
Favorite Striking technique: Left straight

Cheer Jinh Yu Frey in style.
Shop for her latest apparel from the official UFC store.
Visit the store 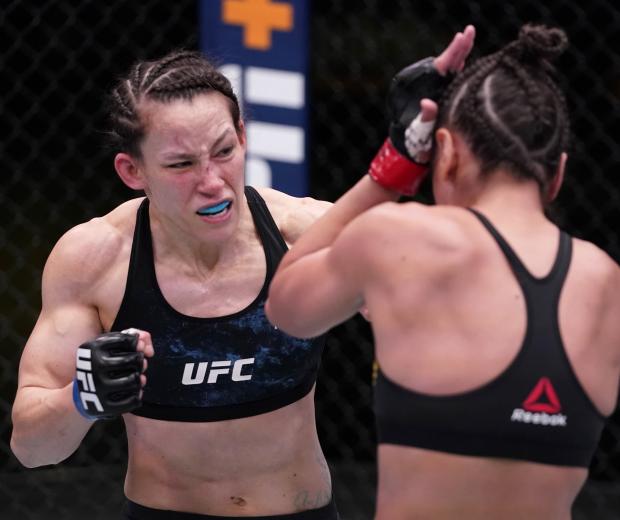