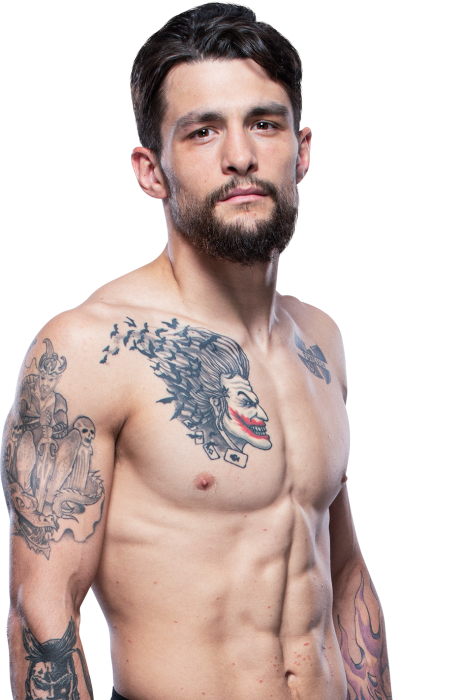 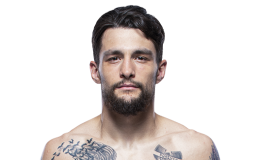 When and why did you start training for fighting? I started at 14 after a therapist got me into it after I left a hospital.
What ranks and titles have you held? Cage Titans 135-pound pro title
Do you have any heroes? Mom, my brother, grandfather, uncle and SGT Michael Dubeau
What does it mean for you to fight in the UFC? The realization of a dream and keeping my family’s fighting bloodline alive.
What was your job before you started fighting? Dunkin Donuts / para professional
Specific accomplishments in amateur competition? Number one bantamweight in New England
Ranks in any martial arts styles: Purple belt in BJJ
Favorite grappling technique: Rear naked choke
Favorite striking technique: Flying knees 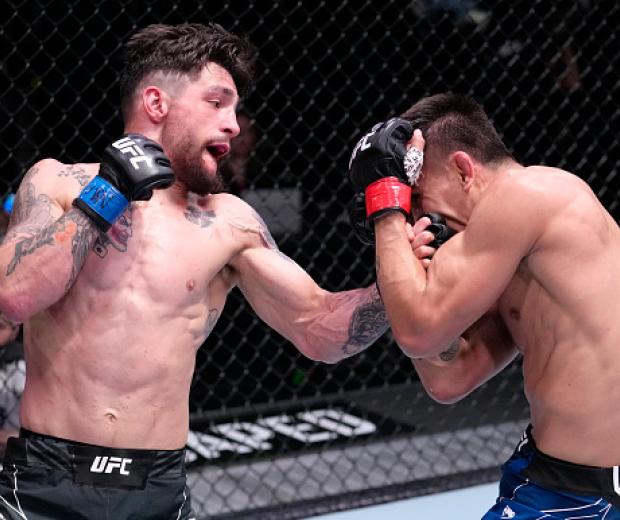