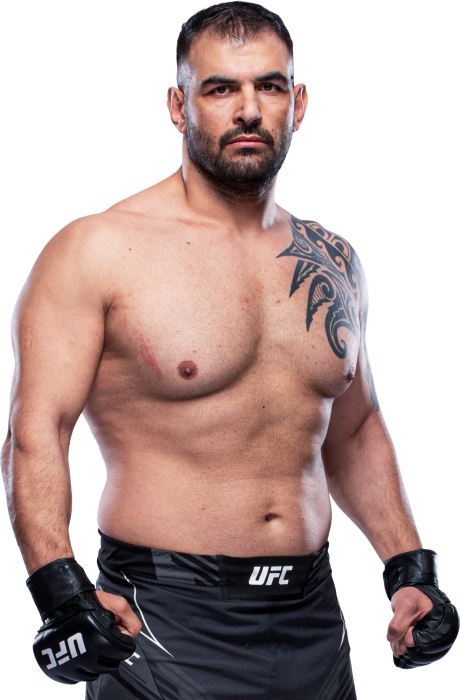 TRAINING: First of all, I was extremely happy to remain injury-free during this camp. I have also been a lot lighter, around 255 pounds, which should make for some extra cardio during the fight. My strength and conditioning coach, Anastasios Karamitros, has been pushing me to the limit in that regard. I also have started working with a new striking coach. We’ve been doing a lot of work with a top-ranked pro boxer from Russia. Other than that, there was a lot of grinding with the Johannis Grizzlys wrestling team to make sure my clinch and takedown game is strong.
When and why did you start training for fighting? I started doing martial arts at age 27. I had gotten tired of powerlifting and was looking for a new challenge.
What ranks and titles have you held? #1-ranked Heavyweight in German-speaking Europe and the Middle East
Do you have any heroes? Alex Agase, Muhammad Ali, Ninurta
What does it mean for you to fight in the UFC? It is the culmination of five years of hard work and deprivation.
Did you go to college and if so what degree did you earn? School of Hard Knocks
What was your job before you started fighting? I worked as a bouncer and as a cook in our family restaurant.
Favorite grappling technique: Bear Hug
Favorite Striking technique: Knockout 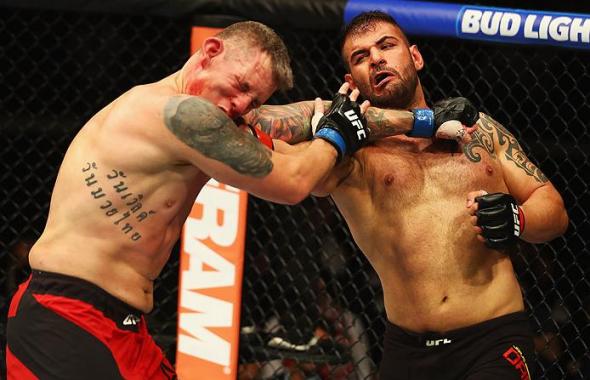