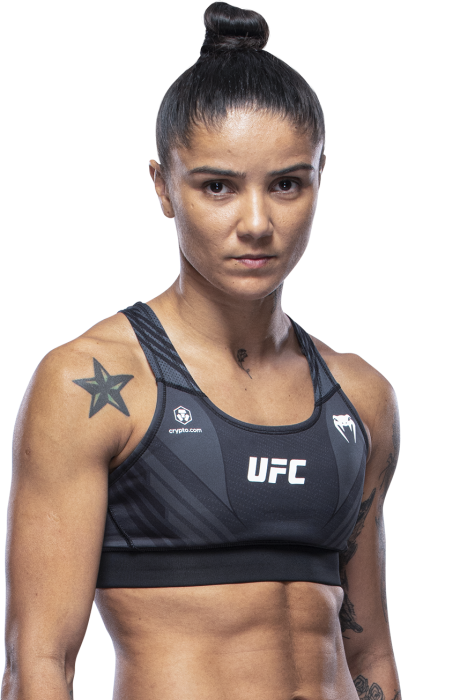 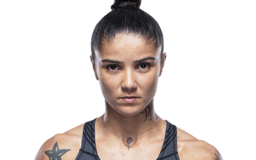 UFC Fight Night (10/16/21) Nunes was submitted by Ariane Carnelossi via rear-naked choke at 2:57 of the third round

When and why did you start training for fighting? Because my dad started me.
What ranks and titles have you held? Two-time world Muay Thai champ
Do you have any heroes? Joanna Jedrzejczyk
What does it mean for you to fight in the UFC? A dream come true
What was your job before you started fighting? I’ve been fighting since I was a child
Specific accomplishments in amateur competition?  Four-time Sao Paulo Muay Thai champ
Specific accomplishments in pro competition? Two-time Brazilian Muay Thai champ
Ranks in any martial arts styles: BJJ purple belt
Favorite grappling technique: Foot locks
Favorite Striking technique: Kicks