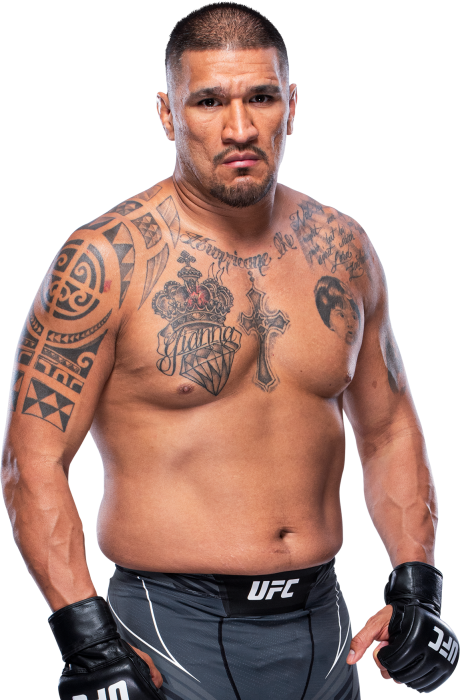 Fighters You Should Know | UFC Fight Night: Gane vs Volkov

When and why did you start training for fighting? 2006 at Silverback Fight Club under the late Tony Orozco. I was referred there by a friend and fell in love with it immediately. The rest is history unfolding.
What ranks and titles have you held? 2010 IXFA 205-pound champ and two-time and reigning Fury FC 205-pound champ.
Do you have any heroes? My father. Big Tom Villanueva, R.I.P. As for fighting, Oscar De la Hoya.
What does it mean for you to fight in the UFC? Hard work pays off. Never give up on your dreams. I’m not satisfied just being here; I need to prove I belong in there.
What was your job before you started fighting? CNC machinist with 18 years’ experience.
Specific accomplishments in pro competition? Knocking out 2 UFC vets back to back!
Favorite grappling technique: Wrestling
Favorite Striking technique: Left hook