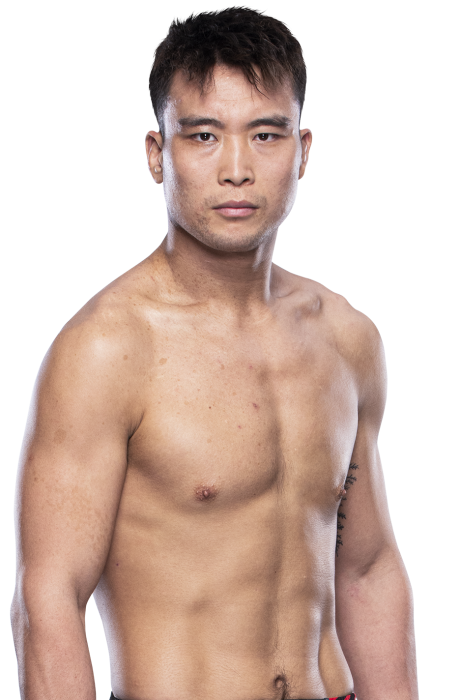 When and why did you start training for fighting? I started Greco when I was young and transitioned to MMA when I was 19. I fight because I love it.
Do you have any heroes? Wanderlei Silva
What does it mean for you to fight in the UFC? It represents the highest honor for me to fight in the UFC, and it means I get a chance to perform on the highest-level stage of MMA in the world. I’m so honored.
What was your job before you started fighting? I was a Greco-Roman wrestler.
Specific accomplishments in amateur competition: 2011 and 2012, Gansu Provincial Greco-Roman silver medalist
Favorite grappling technique? Standing guillotine choke
Favorite Striking technique? High kick