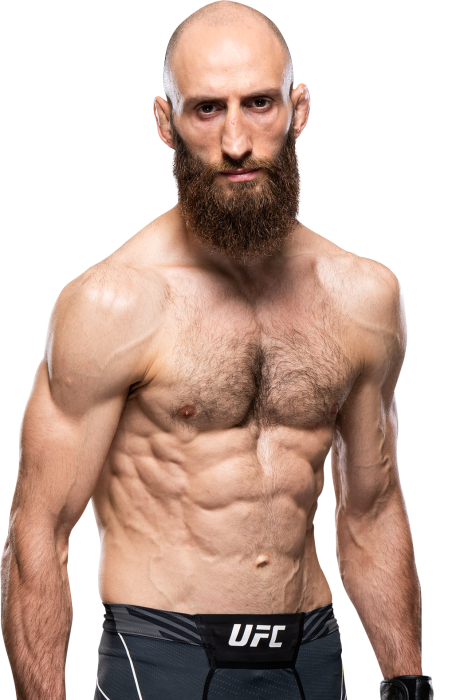 Fighters On The Rise | UFC Fight Night: Kattar vs Emmett

Q&A
When and why did you start training for fighting? I started training when I was four years old and went to my first professional MMA fight in Moscow as an 11-year-old.
What ranks and titles have you held? Russian championship in Irigumi-go ju-jutsu nine times, and the CIS championships three times. I also won second place in the European Championships in St. Petersburg in 2002. Won the Moscow city championships in my weight class -54 kg and got second place in the Russian Championships in Sochi. I was part of the Russian national team in Thai boxing, and during 2005-2006, I traveled around to compete in several of the former Soviet states.
Do you have any heroes? Many of them. The biggest one? Myself.
What does it mean for you to fight in the UFC? Everything.
What was your job before you started fighting? Only fighting. And being a trainer / instructor
Specific accomplishments in competition? 70-80 K-1 / Muay Thai fights. Around 500-600 different wrestling, fighting and sport sambo matches, grappling, kickboxing, amateur boxing, jiu-jitsu matches, Kyokushin Karate, etc.
Ranks in any martial arts styles: Black belt in Japanese jiu-jitsu.
Favorite grappling technique: I have a few of them.
Favorite Striking technique: Kicks, flying knee, spinning elbow