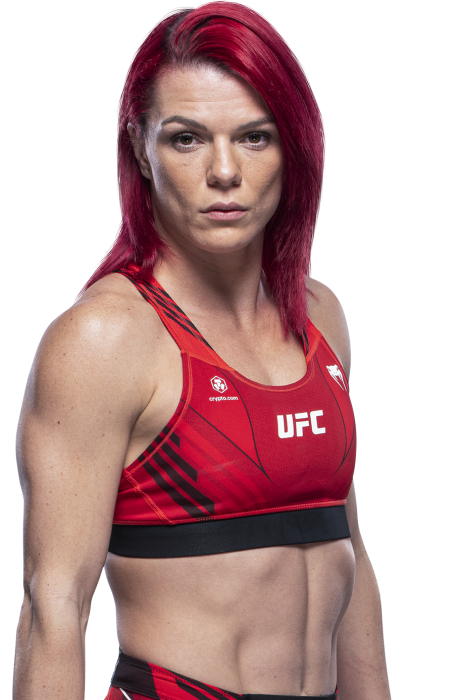 Everything Is Lined Up For Gillian Robertson

Gillian Robertson Won’t Back Down

The Ultimate Fighter, Season 26
On episode six, Robertson was stopped by Barb Honchak via strikes at 2:27 of the second round

When and why did you start training for fighting? I started training eight years ago. I have no idea what brought me to the gym in the first place, but for some reason I had it in my head when I was 16 that I wanted to do kickboxing. I didn't even know what MMA was then.  I started my first cardio kickboxing class at American Top Team and just kept on doing more and more classes over the years. In Florida, you have to be 18 to be able to fight MMA so two months after my 18thbirthday I had my first amateur fight.
What ranks and titles have you held? Brazilian Jiu-Jitsu black belt
Do you have any heroes? My future self.What does it mean for you to fight in the UFC? This really means the world to me. This is everything I have worked for and I honestly don't know what I would be doing if the UFC didn't give me the opportunity to pursue mixed martial arts as a career.
Did you go to college and if so what degree did you earn? Yes - an AA in general education
What was your job before you started fighting? I worked at Chili's as the hostess.
Specific accomplishments in amateur competition? 9-1 as an amateur with titles for AFC, Combat Night and Rise of a Warrior.
Favorite grappling technique: Armbar 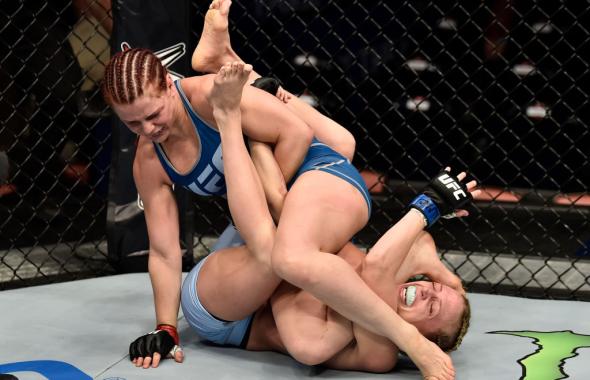