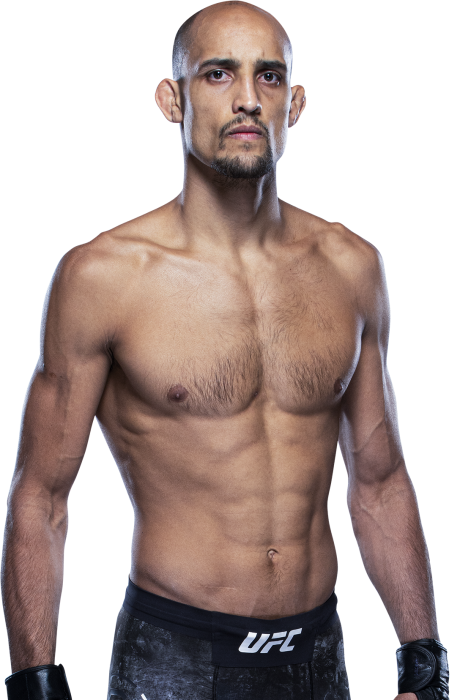 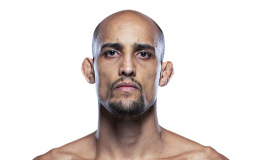 When and why did you start training for fighting? At 18. I dreamed of being a professional fighter since I was a child.
What ranks and titles have you held? Shooto Brazilian bantamweight champion
Do you have any heroes? My mom and Jesus.
What does it mean for you to fight in the UFC? The opportunity for a better life for me and for those around me.
Did you go to college and if so what degree did you earn? I went, but did not finish. I stopped in the first year.
What was your job before you started fighting? Security, waiter, bartender.
Ranks in any martial arts styles: Black belt of Brazilian Jiu-Jitsu and wrestling
Favorite grappling technique: Armlock
Favorite Striking technique: Inverted Omoplata 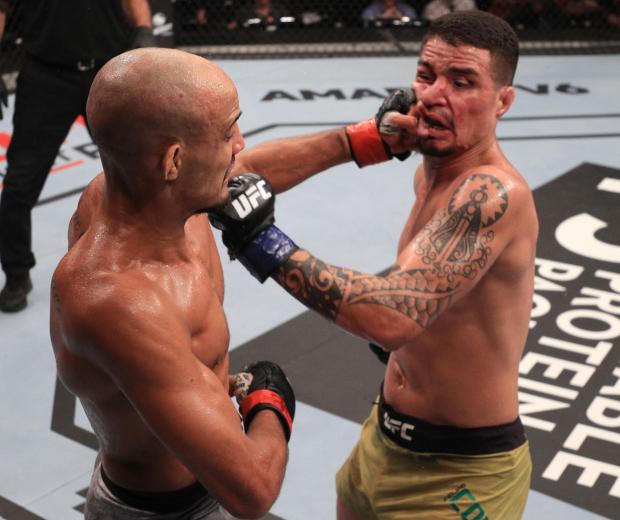