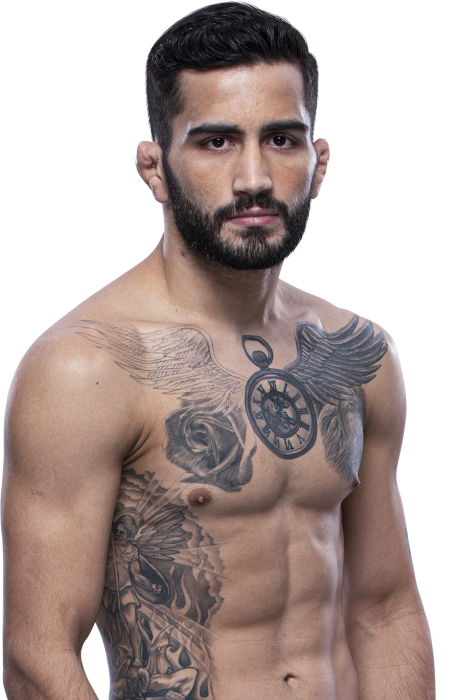 When and why did you start training for fighting? I got started in martial arts in 2009, training jiu-jitsu with my brother, Erick Silva. Two years later I had my first amateur MMA fight and had my pro debut a year later. I started training through my brother’s encouragement, just as a lifestyle sport, but I fell in love with the sport and made it my profession.
What ranks and titles have you held? Only in local jiu-jitsu and boxing tournaments
Do you have any heroes? Jesus, in whom I put my faith and get my strength from.
What does it mean for you to fight in the UFC? It’s a dream come true and it’s where every fighter wants to be. I’m honored to represent the UFC.
Ranks in any martial arts styles: Jiu-Jitsu black belt
Favorite grappling technique: Ground-and-pound
Favorite Striking technique: Boxing