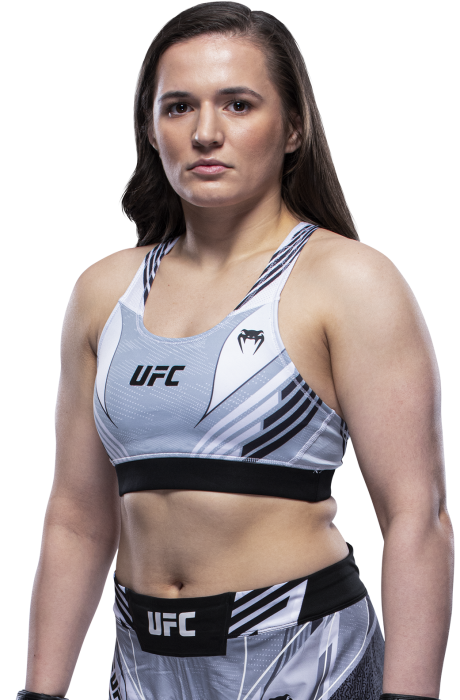 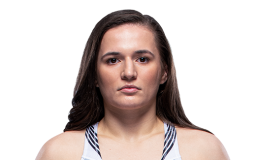 When and why did you start training for fighting? I started martial arts at seven years old to learn self-defense. I started competing at eight years old and fell in love with it. I took my first kickboxing fight at 14 years old on a day’s notice. I won that fight by decision and loved fighting.
What ranks and titles have you held? I am the first female and youngest Eddie Bravo Invitational flyweight champ. I won it at 18 years old and got into MMA right after. I am a brown belt in BJJ.
Do you have any heroes? My family and friends that love and support me are my heroes.
What does it mean for you to fight in the UFC? I have wanted to be a UFC fighter since I was 12 years old. Many gyms I trained had UFC fighters and I always looked up to them and mimicked their training routines.
Did you go to college and if so what degree did you earn? I am currently a junior at Montclair State University. I am studying Television and Digital Media with a concentration in sports media. I would like to get into commentating while I'm fighting and afterwards.
Favorite grappling technique: Kimura
Favorite Striking technique: Head kicks

Cheer Erin Blanchfield in style.
Shop for her latest apparel from the official UFC store.
Visit the store