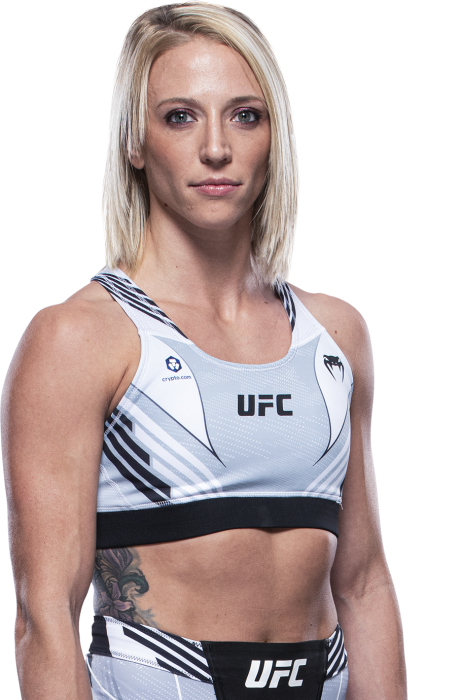 Emily Whitmire Wants To Show Off Her True Skills

When and why did you start training for fighting? I started training almost seven years ago. It was the only thing that caught my interest; it grabbed a hold of me and wouldn’t let go.
What ranks and titles have you held? Just an amateur title Tuff N Uff 115-lb title
What does it mean for you to fight in the UFC? Everything. It’s been my only goal since I was 18.
Did you go to college and if so what degree did you earn? Hell no. Not wasting my hard earned waitress dollars on a worthless piece of paper.
What was your job before you started fighting? Waiting tables and serving
Favorite grappling technique: Ground-and-pound
Favorite Striking technique: Bang Muay Thai