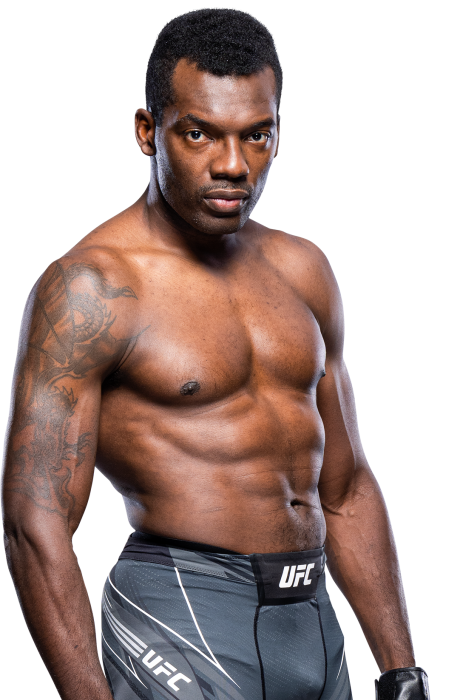 Dwight Grant Is Done Holding Back

No Moral Victories For Dwight Grant

When and why did you start training for fighting? I grew up watching martial arts movies and always imitating them, but I wanted to be a stunt man or a pro skateboarder. Those things were fun but I never felt more free a day in my life than the first time I fought in front of a real crowd. After that, fighting is all I wanted to do and, looking back, it's like I've been training for it all my life.
What titles have you held? WKA national MMA champion and world MMA champion. WKA United States and Northeastern regional Muay Thai champion.
Do you have any heroes? My Grandfather and my wife.
What does it mean for you to fight in the UFC? It means I can provide for my family and give them the life and opportunities they deserve. It means all the sacrifices I've made and pain I've endured has been leading to a place of celebration. It means I'm one of the best in the world, hands down, and every time I get my hand raised I’ll put a seal on that.
Did you go to college and if so what degree did you earn? Yes, for a bit, and I majored in theatre.
What was your job before you started fighting? Martial arts instructor, security guard, computer tech, car electronics sales.
Specific accomplishments in amateur competition? Longest first round KO streak in Friday Night Fights history.
Ranks in any martial arts styles: Purple belt in BJJ, red belt in Kung Fu, certified edged weapons specialist
Favorite grappling technique: Guillotine
Favorite Striking technique: Left hook 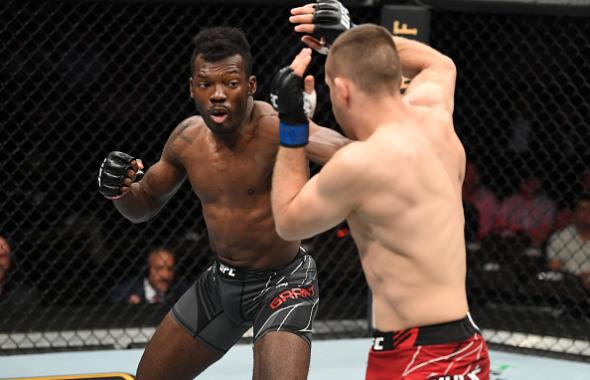