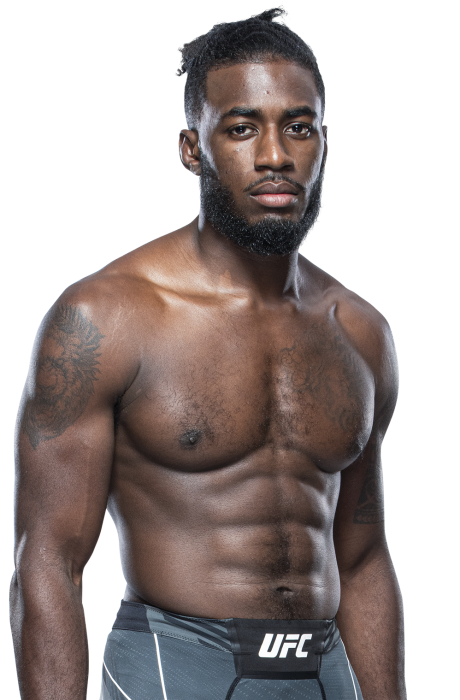 Devonte Smith Is Focusing On The Present Moment

The Proud Return Of Devonte Smith

After Tragedy, Devonte Smith Fights On

No Bonus Concern, Smith Wants To "Get In And Get Out"

TRAINING: Wake up, morning practice at 9, train till 1 or 2, then go to strength and performance. Train for an hour, rest for 3 hours, then back to training at 5:30. I don’t leave the gym until 9 or so.
When and why did you start training for fighting? I wanted to start fighting since I was 14. I remember watching PRIDE re-runs with my older brother. I saw Quinton “Rampage” Jackson slam a guy and KO him. After that I wanted to fight.
What ranks and titles have you held? I have an amateur title at 155 and I have the V3 and Iron Tiger Series titles.
What does it mean for you to fight in the UFC? It would mean everything. It would mean I’m turning dreams into reality, and when I get this contract it’s only the beginning for me.
Did you go to college and if so what degree did you earn? I went to school to become an engineer but I found out that wasn’t my calling.
What was your job before you started fighting? I was a CDL holder, so I drove semi trucks that carried construction material around Ohio, but I had to take the material off the truck manually. I carried dry wall, mud, steel, ceiling tiles, concrete, etc. up and down stairs. Then after a 10-12 hr shift I would go to practice.
Specific accomplishments in amateur competition? I was 7-2-1 as an amateur - all finishes
Favorite Striking technique: Punching until the ref screams “Stop.” 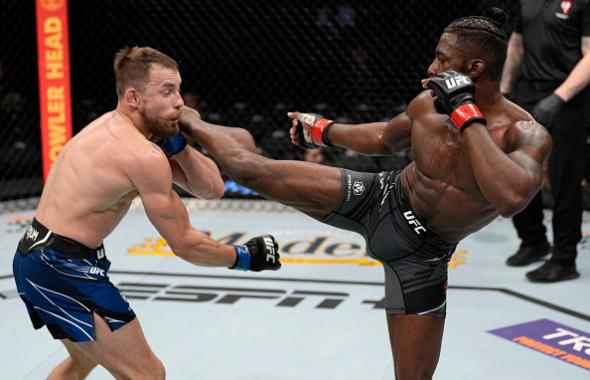