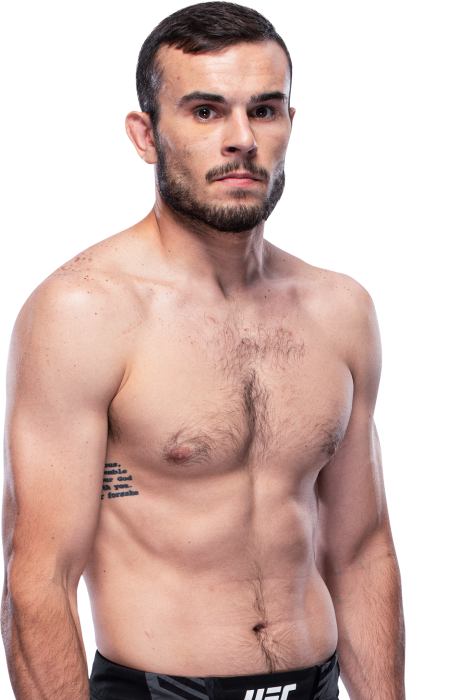 Dakota Bush Has Never Been This Sharp

UFC Fight Night (1/15/22) Bush was stopped by Viacheslav Borshchev via TKO (strikes) at 3:47 of the first round
UFC Fight Night (4/17/21) Bush lost a three round unanimous decision to Austin Hubbard

When and why did you start training for fighting? I started training when I was 18, because my dad used to fight MMA when I was a kid for Cage Championships. Patrick Smith is the owner of Cage Championships and I got with him and he started training me. He is also my father-in-law.
What ranks and titles have you held? The only titles I held were amateur belts.
Do you have any heroes? Ozark Ed is my hero.
What does it mean for you to fight in the UFC? It means the world for me to fight in the UFC. It was my one goal in life and I reached it!
Did you go to college and if so what degree did you earn? I went to college for three years at the University of Central Missouri until we had our son.
What was your job before you started fighting? I still have the same job. I work for Hyde Sheet Metal. I do architectural sheet metal work. They are a great company for letting me chase my dreams and stay employed.
Specific accomplishments in amateur competition? I won the MO regional, sectional, and state titles
Favorite grappling technique: Calf slicer
Favorite Striking technique: The standing hammer fist