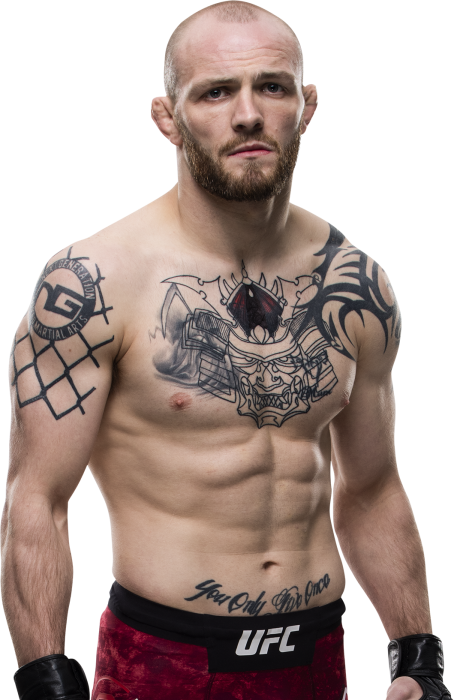 Chris Fishgold Is Blocking The Drama

TRAINING: I’m up at 9 and I’m at the gym from 10.30 till 12. At 12.30, it’s either sprints or lifting. After that, lunch, then home to rest. Back in the gym from 6.30 till 8:30, then home, dinner and bed.
When and why did you start training for fighting? I was leaving school and like most kids you don’t know what you really want to do. And the year I was leaving school, my friend showed me a Tito Ortiz fight and a Chuck Liddell fight, and I was like, ‘What is this?’ And I was hooked. I was never a fighter, never a tough kid, I liked school. And I went down to the local MMA gym and started there.
What ranks and titles have you held? Cage Warriors lightweight champion with three successful title defenses.
Do you have any heroes? I’ve got lots of heroes. I love watching Justin Gaethje. He goes out with abandon and puts it all on the line. He wears his heart on his sleeve and you’ve got to admire that. That’s a true fighter. Old school, it’s Matt Hughes. Straight to the point, just a tough, tough fighter.
What does it mean for you to fight in the UFC? The UFC means everything. This has been my dream since I was a very young boy. At 26 years of age, not many people can say they’ve completed their dream. The dream now is to get a title.
Did you go to college and if so what degree did you earn? Qualified football coach
What was your job before you started fighting? I turned pro at 17, so before that I did a little bit of laboring.
Ranks in any martial arts styles: Brown belt in Brazilian Jiu-Jitsu under Chris Brennan
Favorite grappling technique: Guillotine
Favorite Striking technique: Left hook