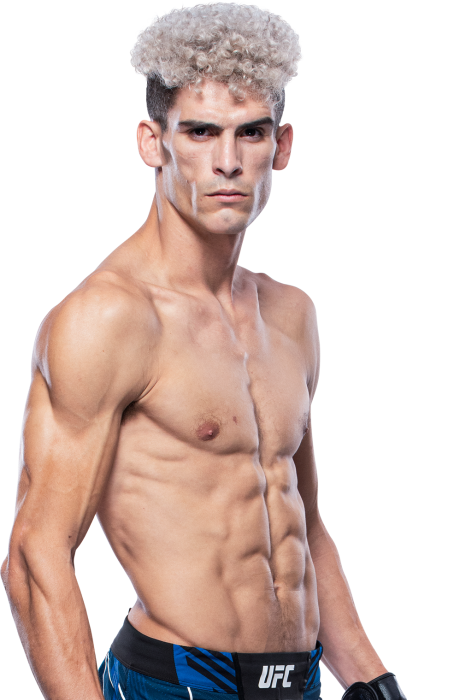 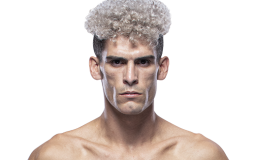 When and why did you start training for fighting? At six years old I started Tae Kwon Do and competed in tournaments frequently.
What ranks and titles have you held? Legacy amateur champ, 4th degree black belt in Tae Kwon Do, 4th degree black belt in Kenpo, purple belt in BJJ
Do you have any heroes? My father
What does it mean for you to fight in the UFC? EVERYTHING!
Did you go to college and if so what degree did you earn? I only went one semester. Fighting was more for me.
What was your job before you started fighting? Worked on pipelines
Specific accomplishments in amateur competition? Legacy 170 champ
Favorite grappling technique: Guillotine
Favorite Striking technique: Kicks to the head