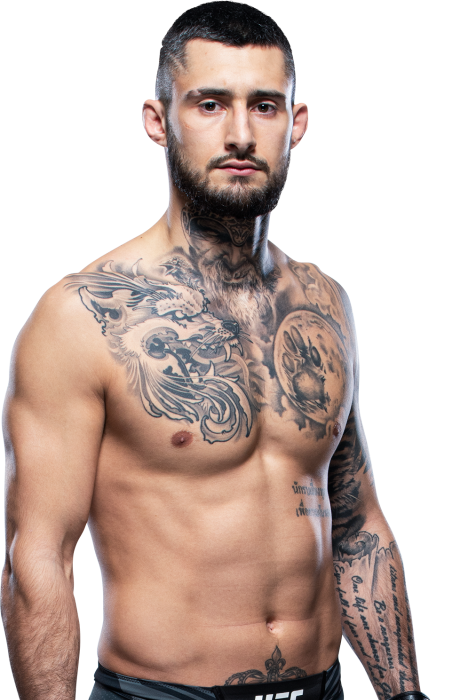 Charles Jourdain: ‘I Want To Bulldoze Him’

Fighters on The Rise | UFC Fight Night: Ortega vs Rodriguez

Charles Jourdain Is At Peace With Himself | UFC 270

UFC Fight Night (4/23/22) Jourdain submitted Lando Vannata via guillotine choke at 2:32 of the first round

UFC Fight Night (9/4/21) Jourdain was submitted by Julian Erosa via D’Arce choke at 2:56 of the third round

UFC Fight Night (3/13/21) Jourdain stopped Marcelo Rojo via strikes at 4:31 of the third round

When and why did you start training for fighting? I started fighting as an amateur in 2015 out of curiosity, but it quickly became a passion.

Do you have any heroes? Anthony Pettis; I love his fighting style!

What does it mean for you to fight in the UFC? It’s the biggest organization in the world; it tells I’m part of the elite and it’s a dream come true.

Did you go to college and if so what degree did you earn? I was going to go to the police academy to become a police officer before starting my pro MMA career but put that on the shelf.

What was your job before you started fighting? I was doorman in a bar in my hometown and I was also giving Muay Thai privates.

Specific accomplishments in amateur competition? My amateur record was 8-2 and I was an amateur champion in Canada.

Ranks in any martial arts styles: Brown belt in BJJ under Fabio Holanda