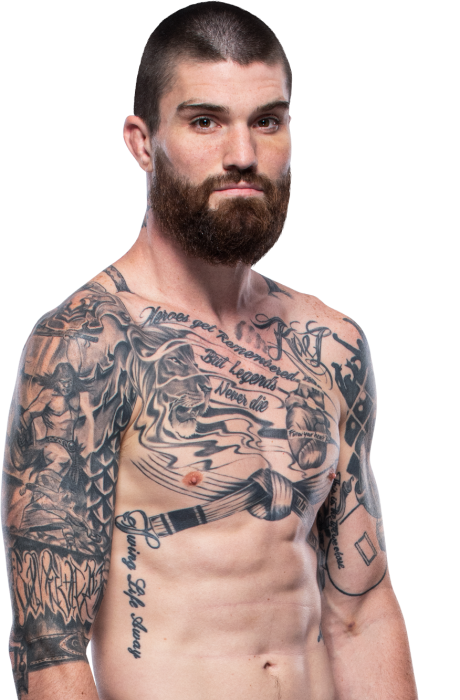 When and why did you start training for fighting? I began training in 2011 after my senior wrestling season. I started fighting instead of going to college because I wanted to create a life full of passion that I would enjoy
What ranks and titles have you held? Champion of 165lb Chosen Few Fighting Championships,
170 HRMMA, 170 Colosseum Combat, 170 United Combat League, 170 Strike Hard Promotions, 170 B2 Fighting Series
Do you have any heroes? My son, Kael VanCamp. Without him to slow me down and mature me, I wouldn’t be where I am today
What does it mean for you to fight in the UFC? It means I’m one step closer to reaching my goals.
Did you go to college and if so what degree did you earn? No
What was your job before you started fighting? None
Specific accomplishments in pro competition? My favorite accomplishment was winning a pro title the same night with my little brother, Kellen
Favorite grappling technique: Wrestling, by far
Favorite Striking technique: Flying Knee 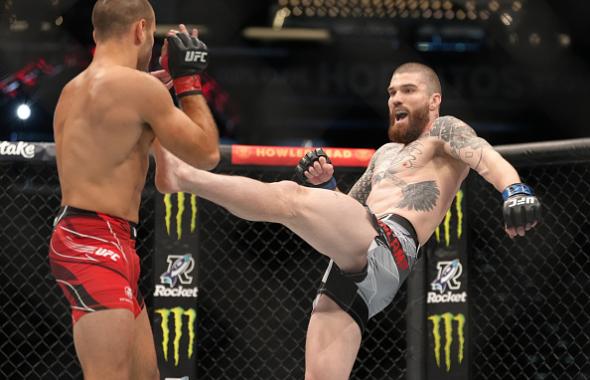