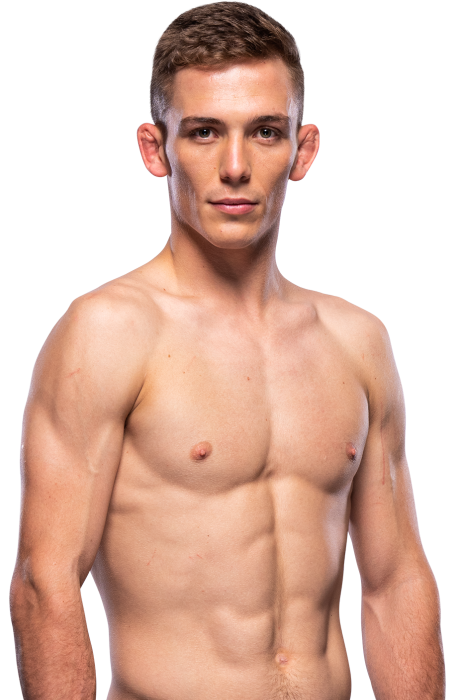 When and why did you start training for fighting? I started at the age of 12 after watching a live MMA event. I looked up to how strong, confident, and tough those guys were and wanted to be like them.

Do you have any heroes? Both my coach, Morne Visser, and teammate, Dricus Du Plessis, are massive inspirations to me.

What would it mean for you to fight in the UFC? It has been a dream of mine to since I was 12 years old. This has been almost a decade of hard work and I’m ready to roll with the best guys in the world.

What was your job before you started fighting? I was the head coach and owner of the Little Legends program that taught MMA to kids in various locations in our state (Gauteng)