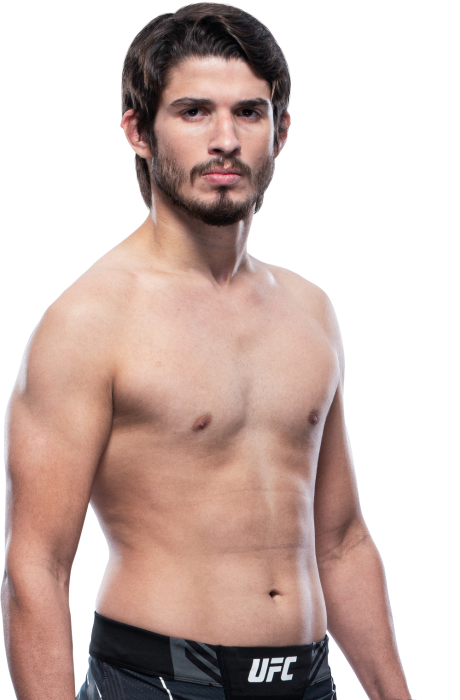 The Fight Life Was Made For Bruno Souza

When and why did you start training for fighting? I started training judo when I was three, and karate with the Machidas when I was four years old. It has been a long journey.
What ranks and titles have you held? Karate youth world champion, Sombra Fighting Champions champion and LFA featherweight champion
Do you have any heroes? Lyoto Machida for sure. If wasn’t for him, I would never be fighting
What does it mean for you to fight in the UFC? It is the goal of any fighter, and for me, to prove my point, I know I had to be in the UFC.
Did you go to college and if so what degree did you earn? No, but I did four years of civil engineering.
What was your job before you started fighting? I had a construction company, so I used to work with construction.
Ranks in any martial arts styles: Karate black belt, jiu-jitsu brown belt
Favorite grappling technique: Arm triangle choke
Favorite Striking technique: Front kick