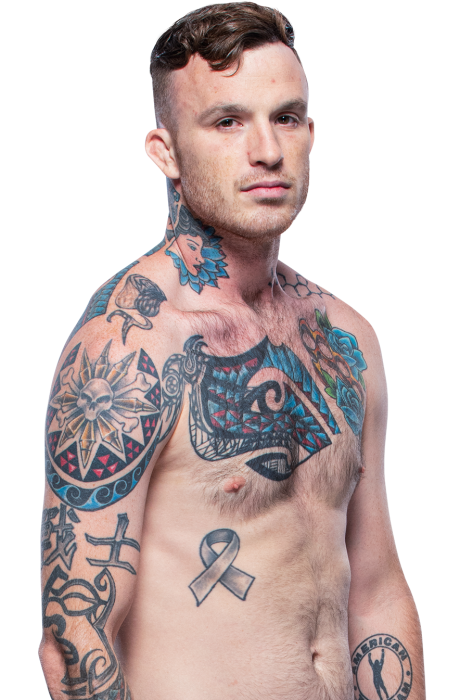 When and why did you start training for fighting? I got into fighting when I was 18 after I found a VHS tape of my dad fighting Tank Abbott.
What ranks and titles have you held? Purple belt in BJJ
Do you have any heroes? Dominick Cruz, because we've both come back from ACL surgeries to have success.
What does it mean for you to fight in the UFC? It means the world to me. It's taken 10 years of hard work to get to this point
Specific accomplishments in amateur competition? 31 amateur fights
Specific accomplishments in pro competition? Three sport professional athlete: MMA (15-7), kickboxing (9-4) and boxing (1-0)
Favorite grappling technique: Finishing the fight
Favorite Striking technique: Knees and elbows